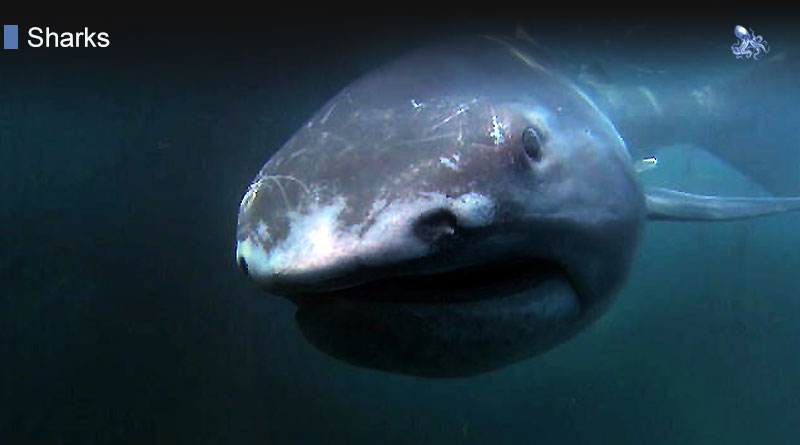 One of the rarest shark species on Earth, the megamouth shark (Megachasma pelagios) probably has a very wide habitat range, but there have been only 60 sightings of this special animal so far.

Megamouth sharks have been found in the Atlantic, the Indian and the Pacific Ocean. The waters surrounding Japan, the Philippines, Brazil, California, Hawaii and Ecuador are thought to be frequently visited by these gigantic animals.

The megamouth is not only among the rarest, but also one of the largest of all shark species. While most sharks do not grow bigger that 6-6.5 feet, the megamouth can grow to reach a staggering 17 feet in length on average or even more (one carcass found near Taiwan was 23 feet long, while a live specimen caught in California was 25 feet long). Their average weight is around 2,700 pounds.

The feature these extraordinary creatures received their name after is the extra-large head. They have a very wide mouth (in some cases wider than 4 feet), lined with 50 rows of small teeth in each of its huge jaws, out of which only 3 are functional and have thick, rubbery lips. Around the mouth there is a line a photopores, spot-like organs that can emit light to lure planktons. The body of the megamouth is of a brownish-gray color on the top, with a whitish belly. Megamouth sharks are slow and awkward swimmers; therefore, they are not as active as the other filter-feeding sharks.

The megamouth is one out of the three plankton feeder shark species known to scientists today. The animal captures food swimming around with its mouth open, extracting nutrients from the water around by pumping the water through its gills. Megamouth sharks ascend and descend following their preferred food, krill. Researchers think that megamouth sharks follow the movement pattern of the plankton. That’s why they spend the day in the deeper layers of the water, usually at around 400-500 feet, moving closer to the surface, to depths around 40-80 feet only during the night. This pattern explains why megamouth sharks are so rarely seen and captured.

The megamouth is an ovoviviparous species, the juveniles being kept safe inside the mother’s body until they are sufficiently developed to be able to survive alone.

The first record of an encounter with a megamouth is quite recent, dating back only to 1976. The discovery of this new shark species was accidental – the large animal became entangled in the anchor of a U.S. Navy ship 25 miles from the coast of Hawaii. Since then several live and dead specimen have been found and examined, males, females and juveniles alike, the skin and the head of the dead specimen being usually displayed in various museums. The vertical migration pattern of the species was discovered in 1990, when scientists put a tracking device on male megamouth shark caught accidentally in a fishing net.