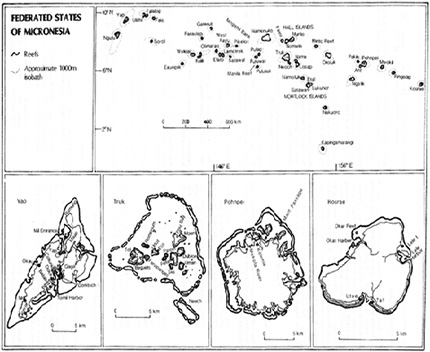 Micronesia, which actually means “small islands”, is an archipelago scattered over hundreds of thousands of square miles in the western Pacific. Picture awe-inspiring coral reefs and vibrant azure lagoons, spectacular marine landscape – this place is a haven for divers!

It is estimated that the region has one of the world’s highest overall marine biodiversity, including 300 species of corals, over 1,000 species of fish and 1,200 species of mollusks.

The best diving opportunities in the region include: