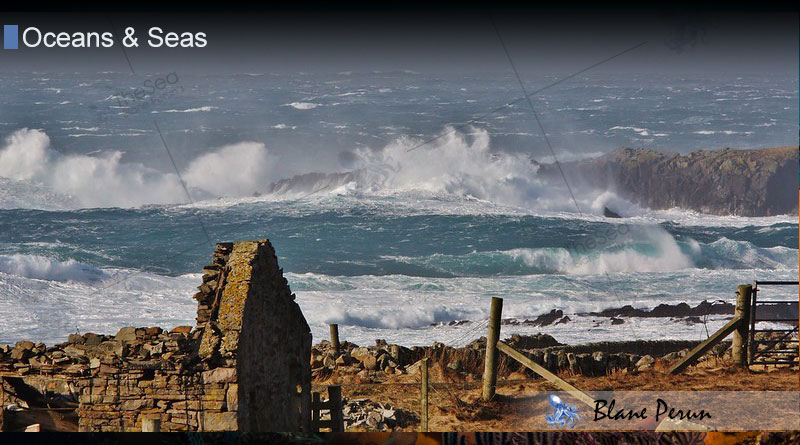 Compared to the knowledge we know about Earth’s landmasses, we know very little about the oceans and the seas. We know that they are filled with a large variety of strange lifeforms, many of which remain to be discovered. Oceans are 70% of the Earth’s surface and much of what we know about their depths is limited.

The Largest Seas and Oceans

The Earth has the World Ocean which is divided into 4 regions: Pacific Ocean (the world’s largest), Atlantic Ocean, Indian Ocean, Arctic Ocean and the Southern Ocean (or Antarctic Ocean). The number of seas is much more vast, with the 5 largest beings: the Philippine Sea, the Arabian Sea, the Coral Sea, the Tasman Sea, and the South China Sea.

Physical Differences Between Oceans and Seas

The terms “ocean” and “sea” are sometimes used interchangeably. However, there are a few key differences between them that are easy to remember. Seas are much smaller compared to Oceans and they can mostly be found surrounded by land, sometimes with an opening that leads to the Ocean. Take, for example, the Black Sea. This particular sea is mostly surrounded by land which is connected by a strait to the Mediterranean. This strait is the narrowest in the world and it forms a natural boundary, separating Europe from Asia.

Depth is another way to differentiate between them, the seas’ water being much shallower compared to oceans. The average depth of all the oceans combined is 3,688 meters, with the deepest area discovered – 10,898 below sea level – being the Mariana Trench in the Pacific. For comparison, the Cayman Trench located in the Caribbean Sea has a depth of about 7,686 meters.

90% to 95% of the World Ocean Remains Unexplored

The animals that we find on the surface of earth are just a small fraction of the many lifeforms on our planet. Most of the lifeforms on Earth, known and unknown, are found in the ocean and seas. As stated by oceanographers, only about 5% of the Earth’s seafloor has been topographically imaged, with 95% remaining to be discovered.

A Few Interesting Facts about Oceans and Seas

Famous movie director James Cameron managed to reach the deepest point in the Mariana Trench, located in the Pacific Ocean. The deepest point recorder was 10,898 meters, which was reached in 2 hours in 37 minutes, making it the second manned dive and longest time spent exploring the seafloor (3 hours).

The term “Seven Seas” has been used in many cultures throughout history, each of them referring to seven different seas of the world. In medieval Europe literature, for example, the term “seven seas” was used for the following: Mediterranean, Adriatic, Black, Caspian, Red, Arabian, and the Persian Gulf. In modern times, however, the term refers to oceans of the world: North Atlantic, South Atlantic, North Pacific, South Pacific, Arctic, Southern, and the Indian Ocean.

The Great Barrier reef located in the Caribbean Sea is known to be the largest structure made by living organisms. With a size of a 344,400 square kilometers, the impressive structure can be seen from space with the naked eye.