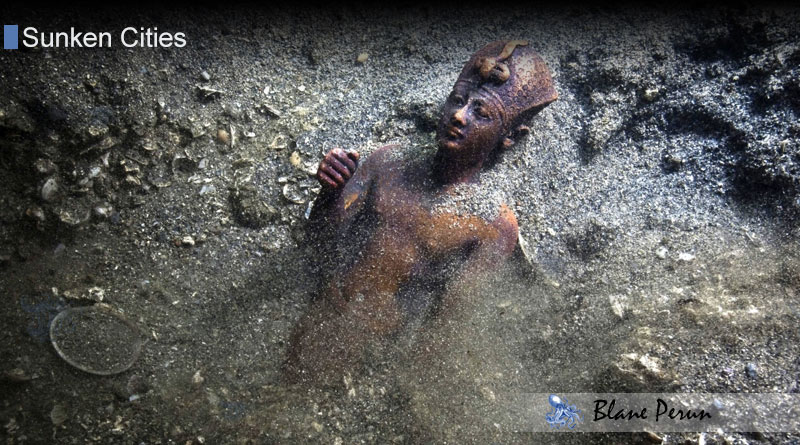 Sunken cities are among the most fascinating treasures of the deep ocean that divers love to explore. Taking us back through time, and in some cases, carrying long lost treasures that are difficult to even imagine, they are among the wonders of the deep ocean, and what’s even more fascinating is that many of them have not even been discovered yet.

Earthquakes, floods and sometimes even wars and weapons have led to the destruction of civilization throughout time. Some were simply wiped from the face of the earth, while entire cities have ended up on the bottom of the ocean. Volcanic activity or the gradual shift in sea levels due to reasons such as global warming can also be a possible cause, shaping islands and sometimes shifting land masses enough to submerge coastal cities in a heartbeat. A clear example of the latter is Venice – a city that is rapidly sinking into the Adriatic sea, for now, defying the power of human technology and ingenuity.

Some might consider that Atlantis and other legendary sunken cities are certain to not exist, since modern technology would most likely have found them by now. However, it is important to grasp the concept of just how little we still know about the ocean floor and how much uncharted territory still exists. Even vast areas above the surface, such as the Siberian tundra, Greenland or the Amazon rainforest are

still extremely difficult to explore. Oceans and seas make up around 70% of the Earth’s surface, and, in some areas, raging currents, crushing water pressure and the extreme cold of the deep ocean make it difficult to even submerge probes, much less explore the region thoroughly. Therefore, finding a sunken city like Atlantis, for instance, might require either a significant amount of good fortune, or far more advanced technology than we currently possess.

While there are probably many other submerged ruins that have yet to be discovered, many of the underwater cities we have already put on the map can be visited by divers and even snorkelers. Some sites, such as Port Royal, may require a special permit to be allowed to visit them, others, such as Shicheng, may be more fitted for advanced divers due to the difficult underwater conditions, while others – for instance, Pavlopetri – are incredibly easy to access regardless of diving experience and skill level. Exploring the relics themselves is a valuable, unforgettable experience, but that’s not all: most submerged ruins provide the ideal habitat for incredibly varied fauna and flora, which marine life enthusiasts will surely want to see. What is important to keep in mind when diving in these places is that you must pay great attention to the regulations in the area, as sunken cities are historical treasures that must be protected and treated with respect – just as much as the fragile marine life they give home to.