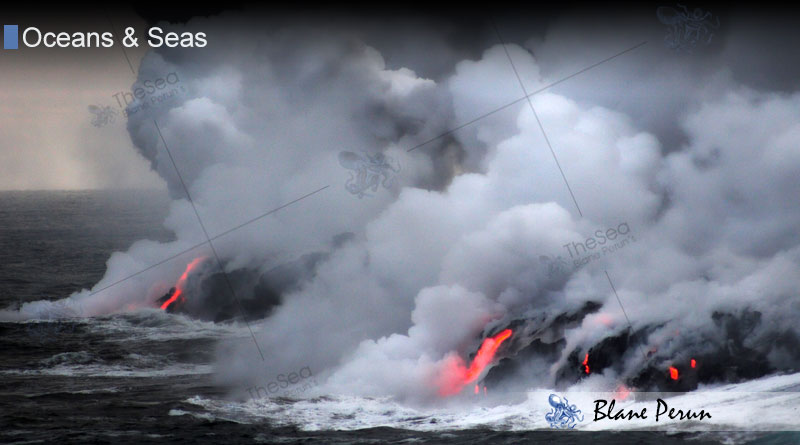 Although they can’t be seen, deep ocean volcanoes are the most prevalent in the world. In fact, well over 80% of all volcanic activity happens deep below the ocean surface, where volcanic eruptions occur only in certain locations where tectonic plates meet and where formations such as the mid-ocean ridge system is situated. These volcanoes are responsible for a host of events that are extremely significant for deep sea topography, climatic conditions throughout the globe and even the formations of entire islands and land masses.

Whether it’s sea mounts or the large mid-ocean ridge, undersea volcanoes dominate the bottom of the ocean in many areas of the world. In total, there are about 3.4 million volcanoes that have been discovered below sea level in various parts of the planet, and the number seems to be increasing, as oceanographers continue to use increasingly sophisticated methods and technologies to locate deep ocean volcanoes even in the lowest conceivable locations. Like regular volcanoes, undersea volcanoes commonly produce explosions of molten rock and lava, while also generating increased acidity in the water that surrounds them.

Underwater volcanoes are commonly observed in the areas that separate tectonic plates, and that is where the most eruptions occur as well. Due to the increased pressure between tectonic plates, caused mainly by their ability to “float” on melted rock and extend the pressure toward their edges, the plates’ movement, as they collide and spread apart, are a major catalyst for the formation of deep ocean volcanoes. Some of these volcanoes, such as the ones responsible for the formation of the Hawaiian islands, are also located on the interior of plates – in so-called hot spots – while a total of 60% of all undersea volcanoes are found at the boundaries between tectonic plates.

Some undersea eruptions occur at an ideal level of depth and have the perfect intensity to actually cause the formation of brand new volcanic islands. A recent eruption in 2013 was observed, offering scientists plenty of opportunities to study this phenomena in real time. The volcano erupted in the Pacific Ocean, just off the coast of Japan and generated a new islet just 600 feet in diameter. Similar eruptions occurring in the 1970s and 80s have led to the formation of other islands and islets in the region that have, however, sunk back into the depths of the ocean shortly thereafter.

Almost 4,000 feet below the ocean surface, close to the islands of Fiji, Samoa and Tonga, a spectacular underwater volcano was discovered in 2009. This is one of the deepest volcanoes ever discovered, and its eruptions enabled scientists to have a unique view on the formation of new islands and deep water volcanoes. West Mata, as the volcano was subsequently names, is just one of the many deep ocean volcanoes that are helping researchers create a clearer picture of the heat and matter transfer that goes on below the Earth’s crust, while gaining a deeper understanding of the effects deep water eruptions have on the oceans themselves.