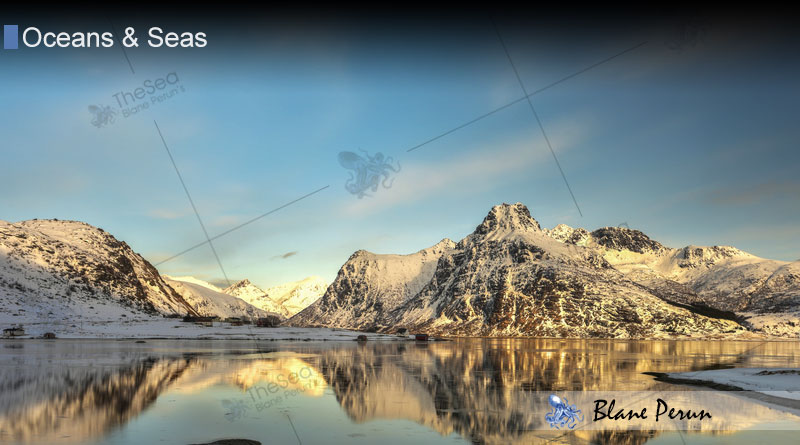 Unfortunately the extreme ice conditions have prevented a proper study of the Arctic Ocean floor, when compared to the other oceans. Some attempts to measure the depths by the bathymetry system which has been improvised through attaching echo sounding system with bathymetry. These studies have given a fairly good account of the Arctic Ocean depths, though many areas of the Arctic Ocean remain un-estimated The depth of the Arctic Ocean basin is, in the minimum, five times the CN Tower’s height, meaning it could be anywhere around 2500 to 4400 meters. Remember all the other Ocean basis have only an average depth of 2000 meters, though there are exceptions like some specific points in the Pacific Ocean recording more depth.

aquatic ecosystems. Since Ice here is engaged continuously in sculpting and shaping the coastal setting, it is a major factor for restricting biological activity in the Ocean.

Based on the ice formation, the Arctic Ocean has been divided into two different zones, namely the Arctic Basin Marine region, which has sea ice all through the year, while the arctic sub regions enjoy ice-free time ranging from a few days to four months annually. The Arctic Ocean Coastline exhibits a whole range of landforms specially chiseled by the various coastal factors like glaciers, volcanoes, faulting and folding.

The Greenland Ice cap contributes the most of icebergs to the Arctic Ocean, though some of them could have originated from Ellesmere Glaciers, and glaciers of Baffin and Devon Islands. In the eastern Arctic Ocean’s waters there will be more than ten thousand icebergs at any particular time, especially around the Davis Strait and Baffin Bay waters. Come winter, the icebergs in the Arctic Ocean freeze into pack ice, to melt away when they drift southwards.

The Arctic Ocean is covered by ice during winter to the extent of about 12-13 million square km. More sea ice covers Hudson Bay, Baffin Bay and the Labrador Sea. Through the winter months most of the Arctic Ocean and sub-Arctic coasts are icebound. In summer, this ice is reduced to about 9 million square km. It is during the late summer, loose pack ice moves from Arctic Ocean towards Greenland Coasts, and towards the Atlantic Ocean.