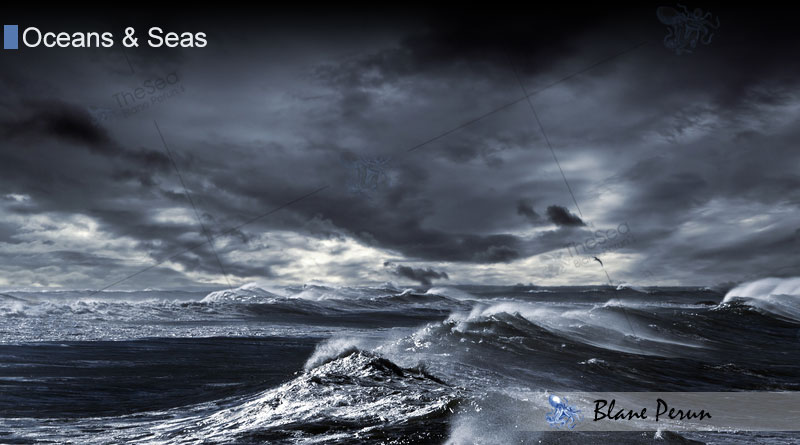 It’s common knowledge in the scientific community that refined measurements show the North American plate is actually drifting away from Europe, thus making the Atlantic Ocean wider and the Pacific smaller. Slowly growing at a rate of about an inch per year, the distance between the two continents is theorized to have been caused by a separation between land masses that occurred hundreds of millions of years ago and that tore apart the great continent known as Pangaea.

Continental drift is the theory that states that all land masses were first a part of a single, giant continent known as Pangaea and have later drifted apart over a period of millions of years. Measurements conducted both on the Western and Eastern hemispheres, through matched magnetic landmarks placed on the ocean floor, point to the fact that the Atlantic and Pacific oceans are shifting in size by a very small degree every year, as the Americas slowly move eastward. The continental drift theory supports this claim and is, in turn, supported by a secondary theory known as plate tectonics, which seeks to go further and explain why the continents have begun to drift apart in the first place.

The tectonic plate theory states that, deep below the surface of the earth, all the land masses and oceans are supported by plates drifting beneath each other and forming a more dynamic crust of the planet that features twelve distinct hard plates moving individually on soft, deformable rock. Similarly to ice surfaces flowing on the Arctic sea, these plates can sometimes collide and cause the land masses above to move in distinct ways. According to the theory, the Eurasian plate and the North American plate have been drifting apart from each other for the past 180 million years, leading to the gradual increase in size of the Atlantic Ocean, while reducing the size of the much larger Pacific.

A number of measurements can be used to determine the exact rate at which the Atlantic Ocean is growing. One of the most popular methods relies on the distinct property of metal to lose its magnetic properties when heated above the Curie point (580 degrees) and then become “magnetically frozen” to the alignment of the Earth’s magnetic field at the time of cooling. Scientists have, thus, identified locations on both sides of the Atlantic that have had the same magnetic orientation at the same time and compared them with current day measurements. The facts don’t lie and have been confirmed by other measurement techniques as well: the Eurasian and North American plates are moving away from each other at a rate of 0.6-4 inches every year.

So what will the two Oceans look like 50, 100 or even 200 million years from now? According to researchers, the current movement of tectonic plates will continue for another 150 million years, leading to the significant widening of the Atlantic, while Africa will eventually close the Mediterranean, drifting into Europe, and new subduction zones will be created along the coasts of the two Americas and Africa. This new development may lead to the disappearance of the Atlantic ocean altogether, as the two continents are estimated to rejoin about 250 million years from now, forming Pangaea Ultima – a brand new supercontinent!