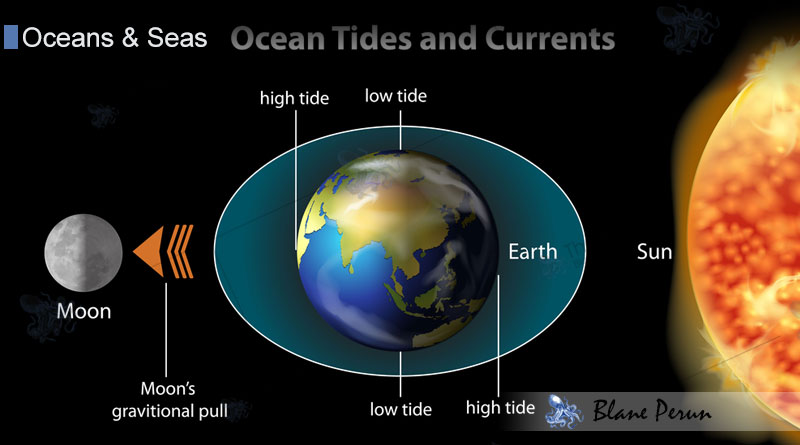 There is much to say about ocean currents and their impact on the environment, as well as their interactions with weather patterns and a number of unique events such as the formation of polar ice; but how are ocean currents formed, and what are they, really? Currents can be created by a number of different influences, and the entire Earth features a complex network of unique currents influenced largely by the shapes of the seabed and coastlines, or the temperature and climate differences present in specific areas.

Surface currents are mainly formed by wind and weather conditions, as strong winds tend to dictate the direction of the water. In many cases, temperature differences and the flow of water along specific coastal lines that allow currents to pick up momentum more easily than others are also important influential factors, while salinity and water density differences are less significant in this case – being more associated with deep ocean currents.

Below 400 meters, ocean currents generally tend to be influenced far less by winds and storms, and more by the structure and integrity of the ocean bed, the differences in salinity and density of the water in particular regions – influenced by factors such as the presence of various forms of debris or sediments in some regions or the higher temperature induced, for example by water flowing from the Equator northward or southward. Deep water currents are often quite strong on the vertical axis due to water pressure differences and can also be influenced more easily by events such as underwater earthquakes that are able to shift the seabed slightly or modify its landscape.

In Polar regions, currents leading the water formed in the Arctic to regions such as the North Atlantic Deep Water and the Antarctic Circumpolar Current are unique currents characterized by specific temperature and salinity differences, leading to the current’s ability to migrate across the ocean floor, as well as to display other unusual effects. These include sinking and downwelling. For example, the waters in the North Atlantic Ocean begin to cool as colder winds and currents in regions such as Iceland and the waters off the northern side of Canada cool and sink the water, which is then replaced by warmer water brought by currents flowing from the East Coast of the United States.

Now the question that many would ask is: how are ocean currents formed during seemingly unrelated events or natural catastrophes that may sometimes happen hundreds of miles away from the new current itself? It’s important to remember that underwater earthquakes and volcanoes can have a powerful effect on the entire region. These events are often able to shift currents and create new ones, in many cases also affecting the slope and texture of the seabed in the area, either directly, through the force of the impact, or indirectly, through the formed currents themselves which carve a path through softer regions of the bottom of the ocean. Climatic and weather variations can also cause changes; however, these usually only affect surface currents, with little or no effect on the deep ocean ones.