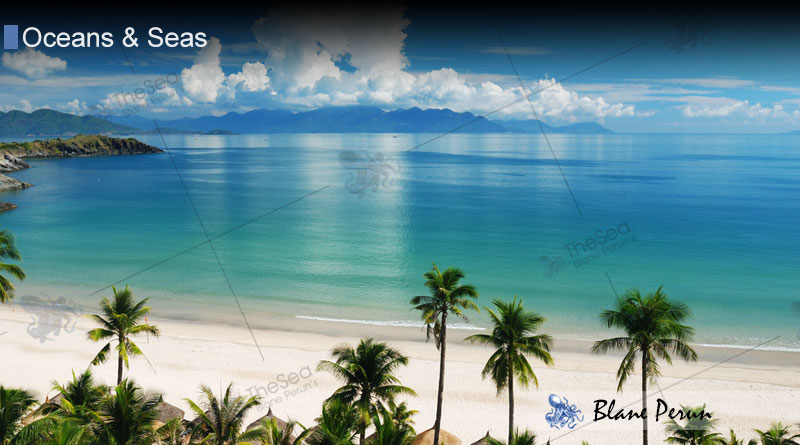 About one third’s of earth’s surface (1181,300,000 sq. km.) is covered by the deepest and largest ocean, the Pacific Ocean. The Ocean derives its name from the Latin Tepre Pacificum, meaning “peaceful sea” in 1520-21 by Spanish explorer, Magellan.

The floor has a depth of 4,300m average and is mostly a deep-sea plain, the maximum known depth of 10,911.5m is located in the Challenger Deep.

The islands situated in the south and west of the Pacific were inhabited by Asian wanderers who explored the seas, crossing huge distances in the open ocean. Marco Polo and other European explorers had hinted its existence around late 15th Century. Commercial traders sailed around Africa to the ocean’s western edge, though the first recognition of the Pacific, from Atlantic Ocean came only when Balbao sighted the eastern shore in 1513.

The Ocean covers a huge area, extending from the Arctic to Antarctic between South and North America on the eastern side, while on the west, Australia and Asia. The International Date Line passes through, and Bering Strait connects the Pacific to the Arctic Ocean. The Drake Passage links it with Atlantic Ocean, as the Magellan Strait and Panama Canal connects it with the Indian Ocean.

The coastline rises from a deep seafloor to mountains on land, along the eastern shore of the Pacific. Comparatively the Asian coastline of the Pacific is low, indented and on the fringes of which islands rise through a wide continental shelf. There are numerous volcanoes called the Pacific Ring of Fire, edging the basin of the Pacific Ocean.

In the Pacific Ocean, major oceans currents form huge whirls, which are found near the southern and northern equator. The Ocean has a number of feeder currents which constantly circulate the waters, giving them varying temperature and saline profiles.

The main commercial fishing centers are located in the continental shelf’s shallow waters, where the main catch are halibut, salmon, sardines, herring, and tuna. Many transpacific sea-lanes go through the Islands of Hawaii, while the chief ports in the Pacific Ocean are brisk trading centers.