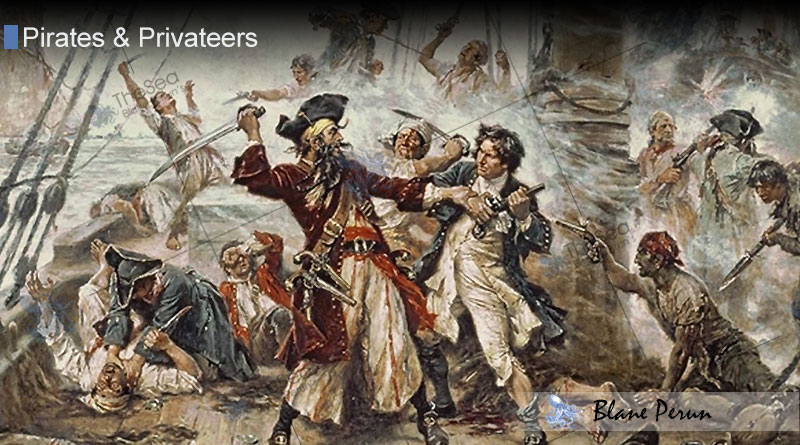 The Golden Age of Piracy is a controversial period in history that has seen the rise to a veritable zenith of buccaneering and looting, mainly in the Caribbean, in places like Tortuga and English Jamaica, as well as along a variety of trade routes linking the New World to Spain, England and France. Also fueled by the rising acts of genocide and slave trade in Africa, piracy became a route to survival for many African slaves, who found that the life of a buccaneer offered them the freedom and opportunity for a better life that they needed.

The Golden Age is seen by experts as one of the most historically important periods in maritime history. Initiated by the buccaneering period that started around 1650 and ended by the post-Spanish Succession period, this outburst of piracy from the early modern period lasted more than 80 years and caused a great deal of trouble to the Royal English Navy, as well as any traders and merchant ships following trade routes that led to the waters of Jamaica and the East Coast of North America. The Spanish Main was the place where most of the mass piracy took place during this period, with many former privateers, slaves and cutthroats coming together to exploit unprotected trade routes.

The Golden Age of Piracy began right around the time of the buccaneering period after the end of the Wars of Religion. This period of about 30 years involved many European countries beginning to rebuild their colonial empires and led to the establishment of new trade routes between Europe and the New World. It also meant, however, that there was far more money to be made from looting, and since that’s what pirates did best, they profited from this opportunity in full. The capture of Jamaica from Spain and the growth of piracy in places like Tortuga has led to the beginning of the Golden Age, which was also fueled by privateering commissions offered to English colonists and buccaneers alike.

Although there were thousands and even tens of thousands of pirates who actively engaged in looting, murdering and gathering treasure during the Golden Age, a few particularly bloody or cunning pirates stood out either through their valor or darker traits. Among them are Blackbeard, Bartholomew Roberts and Henry Morgan, the latter having managed to take the city of Panama, dodge an almost certain execution and even become the governor of Jamaica later on. Black Sam Bellamy, who was known as a “Robin Hood” of pirates, was also very active during the Golden Age, and Stede Bonnet turned pirate solely in the pursuit of adventure around 1717.

One of the most active and interesting periods in the history of piracy was the time after the Spanish Succession War, between 1715 and 1726, when many thousands of seamen became unemployed after the conflict ended. Charles Vane, Henry Jennings and Sam Bellamy became some of the most famous pirates of this period. The growing shipping traffic between Europe, Africa and the Caribbean became their main target, leading to the many tales of battles and adventures that have fueled modern lore and literature ever since.