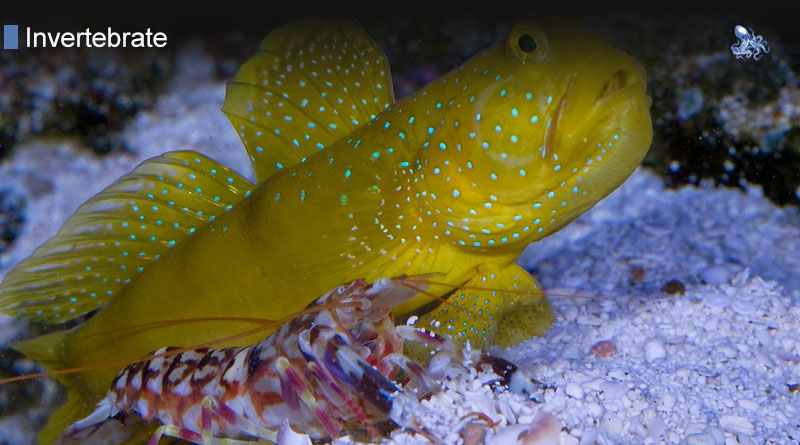 Alpheidae, a family consisting of several types of crustacean commonly known as pistol shrimp, is widely distributed worldwide, with over 600 individual species currently classified. These shrimp are easily identified by their single large claw that gives them an asymmetrical body form when compared to that of other shrimp. This large claw fulfills a biologically unique function that the shrimp uses to hunt- unlike many species of shrimp, the pistol shrimp is not a bottom-feeder but actually catches and devours live prey. The means by which it does this, however, warrants further study.

In what appears to be a biologically unique adaptation, the pistol shrimp hunts by hiding in between small rocks or corals and, when alerted to the presence of passing fish, reaches out and clicks its single large claw in a manner not unlike a finger snap. This snap produces a cavitation bubble, and the resulting pressure wave can reach acoustic sound pressure levels of 218 decibels. That pressure wave stuns or kills nearby fish, which the shrimp then drags back into his den and consumes. By a process of sonoluminescence not yet well understood by the scientific community, the bubble also heats up and produces a tiny amount of light.

The specialized pistol claw has been shown to regenerate when severed in a particularly unique way. If the pistol shrimp loses the large claw, a small one will grow in its place and the existing small claw will develop into a large one. It is even possible to stimulate this regeneration without severing the large claw, only by severing a nerve within the large claw. A single wild specimen has been caught with two matching large claws, but, in that case (and probably in general) the first large claw was inoperable and could not be used to hunt.