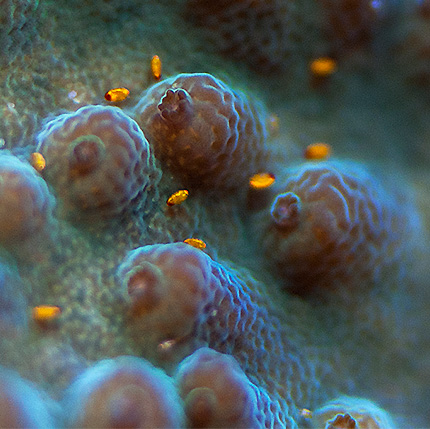 A typical reef aquarium consists of a collection of species that have made traveled from all around the globe. When we introduce coral specimens into our reef they have to deal with a foreign environment; predators, corals toxins, fish. Perhaps a new strain of nudibranch that comes from Australia now occupying the same space with Caribbean corals. A new nuisance algae, star fish, crabs, urchins, and bristle worms have all can wreck havoc in a reef aquarium. Something can be lethal to one species and not harm another.

Learn how to spot, diagnose, and avoid complications from these hitchhikers that may have just landed in your reef tank. As if keeping corals is not complicated enough we must keep a close watch on the reef system for these unwanted parasites. There is certainly an enormous array of species that may come in on rocks or colonies themselves, but we only have to be concerned with the predatory ones. Many only venture out in the evening, blend in with their surroundings, or maybe they are too small to see. So it’s not only essential to confine the new live stock for temporary isolation, but long term observation once you add them to your reef aquarium permanently.

Don’t ever underestimate the havoc a half inch starfish could play on a 200 gallon reef tank. The parasite (left alone) could demise a dozen colonies in a few months without ever being noticed by the untrained eye. Similar to pest algae blooms can grow feverishly though a reef in weeks suffocating and killing most or all of your coral inhabitants. What many new aquarist overlook is the new algae taking over the aquarium is not exactly the problem, of coarse it will seem like that’s the case but 9 of 10 times the growth is a result of a change of conditions in your system and not the obvious. Understanding what is causing the reaction, and how to prevent a repeat of the incident is key to a healthy reef tank.

Unlike removing a fire worm, many of the nuisance algae are best left to off dying out rather than manually removing them. Often the removal destroys tissue releasing the stored nutrients back into the system causing yet another break out. Don’t risk the beautiful ecosystem you have built, or the coral species inhabiting the tank. Read up now and be prepared for what can lie ahead.

August 28, 2015 Comments Off on Heliacus Areola

Of all of the coral predators this may perhaps be the most encountered by the reef aquarist. The Sundial snail

August 24, 2015 Comments Off on Asterina Anomala

July 9, 2015 Comments Off on Bristleworms