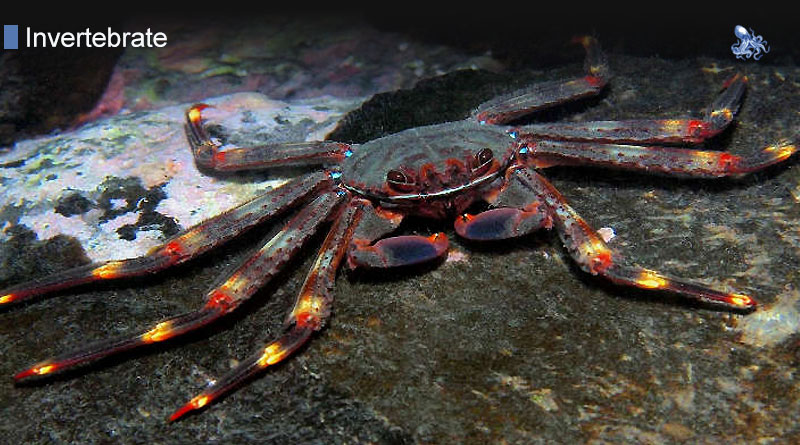 What sets the Sally Lightfoot crab apart from other crabs is its ability to jump from rock to rock and display exceptional agility, even being capable of running in all four directions. This colorful creature is believed to have been named after a famous Latin dancer because of its speed, precision of movement and agility. The can be found in many different locations throughout the western coast of Central and South America, and their remarkably diverse diet makes them an integral part of the ecosystem.

Grapsus grapsus, as it is known by its scientific name, is similar in shape to other crabs; however, it is its colors that make it special. Young grapsus specimens are usually dark or brown colored, but once they grow they shed this camouflage – which normally keeps them well-hidden in the background of the black coasts of volcanic islands – adopting much brighter, more diverse hues. You can find motted brown, yellow, bright red or even pink crabs that stand out from other decapods in the family Grapsidae. The crab features five pairs of legs with two symmetrical chelae in the front, and their flat carapace is not much larger than 8-9 centimeters.

Sally Lightfoots have evolved to live on the turbulent rocks near the windy shores of volcanic islands, and they are nimble and agile creatures that predators would find difficult to pin down. The G. grapsus’ behavior was studied closely by Charles Darwin and John Steinbeck. These creatures’ remarkably fast reaction, keen eyes and impressive sense of observation were the most important traits observed by scientists. The Sally Lightfoot Crab is also known to have a diverse diet, feeding on anything from common algae to sea lion placenta or even other crabs. As a result, they play a useful and significant role in the balanced ecosystem of volcanic islands.

Grapsus grapsus species can be found on the Galapagos Island, the Pacific coast of Mexico and Central America, and even as far south as Peru or the islands closest to its coasts. Some species have also been spotted along the Atlantic coast of South America; however, if you go farther to the East, you are more likely to come across its close relative, Grapsus adscensionis. The separation of the two species has only been announced in 1990 and is still questioned today, but the Sally Lightfoot crab is considered by most researchers to be a distinct, unique species.