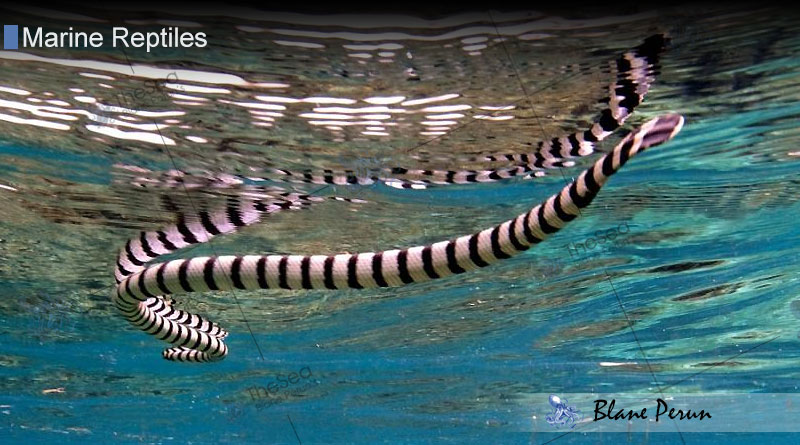 Belcher’s sea snake is a marine snake species which inhabits tropical waters from the Indian Ocean to the Northern coast of Australia. This snake has been declared as the most venomous snake in the world due to confusion with the beaked sea snake, a confusion which will be clarified in this article. This snake is docile nature and will rarely attack, even in cases of prolonged mistreatment.

The scientific name of the species is Hydrophis belcheri. Firstly described in 1849 by John Edward Gray, the name honors the name of the Royal Navy Captain and Admiral of Nova Scotia Sir Edward Belcher. The snake belongs to the genus Hydrophis, alongside other sea snakes such as the dwarf sea snake. It is a member of the larger Elapidae family which contains venomous snakes that live in the sea as well as on land, including mambas, adders and cobras. Since this snake breathes air but spends hours submerged underwater, the nostrils are covered with special valves that keep water out.

The size of the Belcher’s sea snake is moderate, ranging from 50 centimeters to no more than 1 meter. The body is thin and colors may range from one specimen to another but it is usually chrome yellow with dark green crossbands. The head of the snake is small and short and it has bands similar to those on the rest of its body. The body is compressed laterally with the tail being almost flat. This snake is an excellent swimmer but helpless on land.

Its appearance has made many specialists as well as common people to confuse this snake with the beaked sea snake. Thus, it has been erroneously popularized as the most venomous sea snake it the world. Studies show that the toxicity of this snake is rather low, with studies in mice revealing a median lethal dose of 0.24 mg per kilogram. The lethal dose for humans is 1.5 mg for the entire body and around 0.1125 per kilogram.
The Belcher’s sea snake is also docile and will only become aggressive if severely mistreated or taunted. It has also been proven that, despite it relatively potent venom, even in the rare cases that it bites, it injects venom in less than 25 percent of the cases. Therefore this snake is not to be considered dangerous in reality but should be left alone or handled carefully if needed when encountered.

This species inhabits the Indian Ocean and the coastal waters of Myanmar, Thailand, Australia, Solomon Islands as well as Timor Sea and New Caledonia.

The snake feeds on small fish and shellfish found in relatively shallow waters, mostly near coral reefs. Since it breathes air, it has to resurface from time to time. However, it has been proven that the Belcher’s sea snake can stay for up to 7 or 8 hours in the water before resurfacing, regardless of whether they are hunting or sleeping.