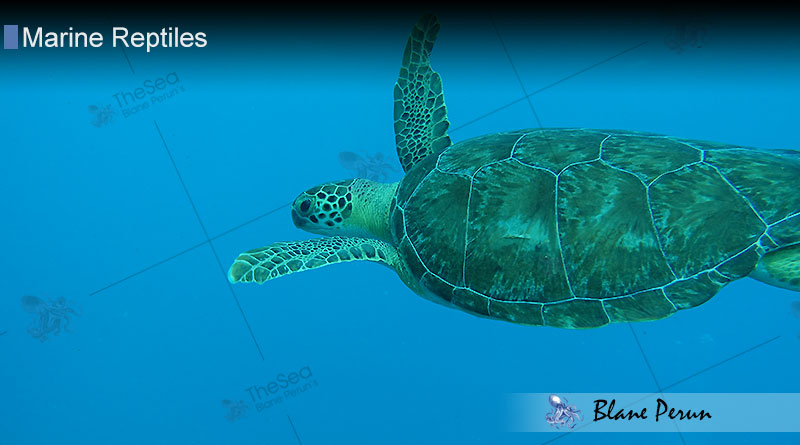 Sea turtles are marine reptiles that have evolved millions of years ago from terrestrial turtles and have developed numerous features that allow them to spend their entire lives in the water. Being reptiles that breathe with the help of lungs, turtles need to come to the surface to get air, but some species, such as the green turtle, are able to spend up to 5 hours underwater without surfacing and this is only one of the traits that allow them to live in the sea.

Sea turtles live in salt water, and therefore one of the most important evolutionary features they have developed is the salt gland. This small organ is located in the orbital cavity of the animal and is there to remove the excess salt that the turtle ingests with its food and would be impossible to digest otherwise. The gland is of special importance for species that feed predominantly on jellyfish and plankton, such as the leatherback turtle. More than 90% of the jellyfish body is sea water that contains the same concentration of salt as the sea itself, and the species that feed on such prey rely on the salt gland to cope with the high salt concentration.

Sea turtles have developed flippers to enable more efficient swimming, and most of them have flexible carapaces that make it possible for them to endure the increased pressure in the deeper layers of water. The structure of their lungs also serves aquatic lifestyle: the lungs are very large and, upon resurfacing, the turtle is able to refill them with one quick and very strong breath; then, the animal returns under the surface.

Sea turtles come out of the water only for nesting. After mating in the sea, the females come to the shore to dig their nests and lay their eggs. Depending on the species they belong to, females lay 50-350 eggs into the hole they have previously dug into the soft sand close to the water. After laying the eggs, the females refill the hole with sand, some species even cover the nest with leaves or other vegetation for camouflaging, and then they return to the sea without waiting for their eggs to hatch. Incubation takes 50-60 days, then all the eggs in a nest hatch in a very short time and the young turtles start their first journey towards the sea.