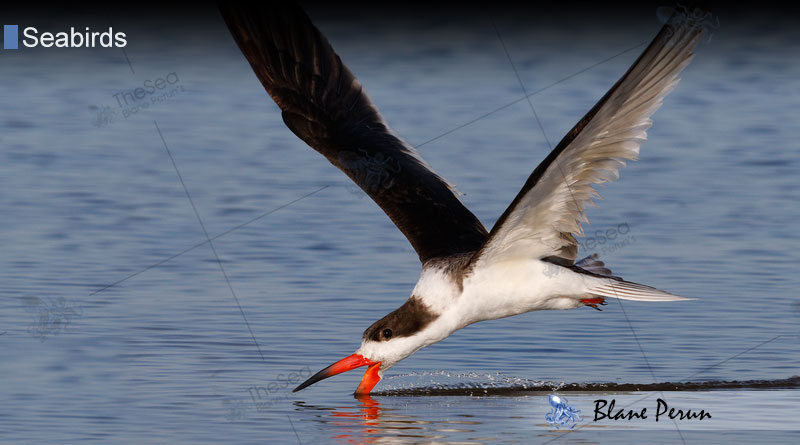 Seabirds drink only sea water, but never get sick – this is perhaps one of the most special and most interesting facts related to the life of marine birds and certainly one worth taking a closer look at, along with a number of other phenomena related to the extraordinary survival strategies adopted by seabirds.

Marine birds live close to the sea and they live on the plants and the animals they avail themselves to from the water, yet they never suffer from any illnesses related to salinity or other water features. The reason is that their bodies have adapted wonderfully to salt water environments and they have developed a special organ called the salt gland, which evacuates the salt that they don’t need. The salt gland is usually found at the root of the bird’s beak and it works by concentrating the salt from the bird’s blood into the sinus area, from where it eliminates the extra salt by simply sneezing it out.

Seabirds don’t get sick because of the cold, but this alone would not mean they are not cold, right? Actually, most probably, they aren’t! Their thermoregulatory system is in fact so good that they are able to use even the weakest warm current to their advantage. Seabirds, especially the ones that spend a long time swimming in water and exposed to extreme cold, lose a lot of body heat, but they are also able to compensate for the loss in areas where the water is warmer. They also employ a mechanism called counter current exchange to maintain their body heat. The cold water prompts the bird’s blood stream to recycle body heat – the warm blood from the heart practically warms up the colder blood coming from the feet, thus reducing heat loss to the minimum. This heat exchange mechanism is often used by birds when they encounter extremely hot conditions, but in those cases the process is reversed to cool them down.

Seabirds never catch a cold, not even in icy water. Being extremely adaptive species, marine birds have developed physical features and behavior patterns that keep them from freezing. Their feathers provide almost perfect insulation and they also do something called fluffing – they fluff their feathers to capture air between their plumage and their body, thus adding one more extra layer of natural insulation. Some bird species are also known to tuck together and keep each other warm, getting protection against extremely low temperatures.

The insulation that protects the birds against the cold offers them protection against getting wet to the skin, too. They also have an extra gland called the preening gland, which secrets several different types of fats and oils that spread to the end of the feathers, waterproofing them. Most seabirds also have special feathers that break down into a keratin powder distributed along the rest of the feathers, making them watertight.