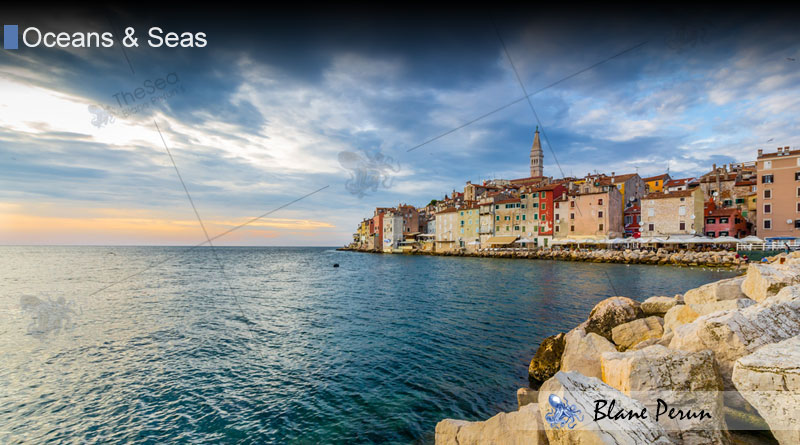 Part of the Mediterranean Sea, the Adriatic Sea is actually a body of water that separates the Italian Peninsula from the Balkan Peninsula. The sea also separates the Apennine Mountains from the Dinaric Alps. The Adriatic is bordered by many different countries including Italy to the west, Croatia to the east, as well as Slovenia, Bosnia and Herzegovina, Montenegro, and Albania. There are many substantial rivers that join the Adriatic Sea including the Reno, Po, Adige, Brenta, Piave, Soc, Neretva, and Drin.

The Adriatic Sea is a name that has been known throughout the ages. The Adriatic was actually named for the colony of Adria, and originally it was only the upper most portion of the sea that would bear this name. The Adriatic Sea was a fitting name as the term Adria means water or sea. The sea is often misused to identify the Sea of Sicily or the Gulf of Corinth, though these are separate and distinct bodies of water.

The Adriatic Sea has been used as a way to transport goods from one region to another. Because it is on the coastline of so many different countries the Adriatic is known by many different names. For instance, it is known as the Mare Adriatico in Italy, the Jadransko more in Croatia, and the Deit Adriatik in Albania.

The Adriatic Sea spans about 480 miles in length and is 100 miles across. The total surface area is about 60,000 square miles, with the northern part of the sea being very shallow, in fact much more shallow than the rest. The deepest parts are west of Durres, where the depth is 1,460 meters. The mean depth of is 240 meters.

The Adriatic sea is somewhat dangerous to navigate during the winter months. The bura is what the northeast wind is called on the sea and they make traveling via boat quite dangerous. There is also the Jugo, the southern wind, which will bring rain. In addition there is the maestral, the western wind, which is wanted in the summer as it brings clear weather. There is very little tide which makes a great tourist location on all coasts.

The west coast of the Adriatic Sea is usually quite low and then turns into marshy land and lagoons toward the northwest. The eastern coast of the is usually much more rocky and bold and features many islands. There are many different islands, most of which are quite long and narrow and will rise more than a hundred feet in the water. The coasts of the Adriatic Sea are in stark contrast to one another with the Italian coast being clearer weather wise with the Croatian coast having the clearer water.