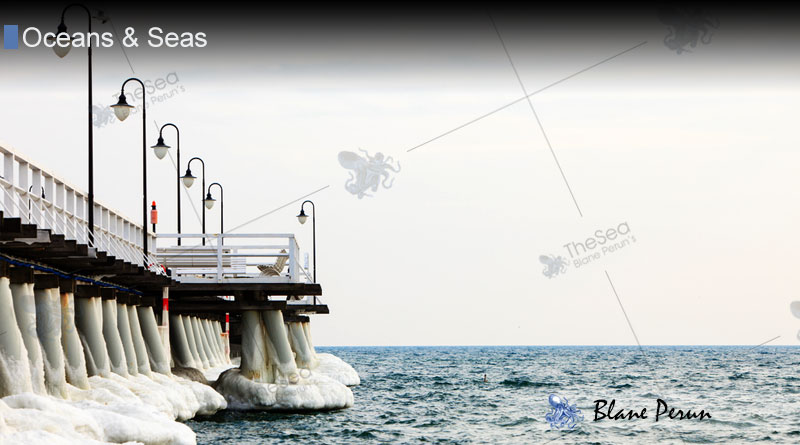 The Baltic Sea can be found in Northern Europe. A salt water sea, surrounded by the Scandinavian Peninsula, the mainland of Europe, as well as the Danish islands. The sea is interesting because it is artificially linked to the White Sea through the White Sea Canal and is also linked to the North Sea by the Kiel Canal. In addition, the Baltic is also surrounded by gulfs, such as the Gulf of Bothnia to the north, the Gulf of Finland to the northeast, and the Gulf of Riga to the east. The Baltic drains, though other sources, into both the North Sea and the Atlantic Ocean.

The name Baltic Sea was given to waters in the eleventh century by a man named Adam of Bremen. There is not any concise meaning known, but many speculate that the sea was named such after the German word for belt, or the Latin word balteus, which means belt. What is known is that Adam of Bremen likened the Baltic Sea to a belt because of the way the sea stretched through the land. There is a lot of speculation about the basis of the name, with many different languages contributing to the speculation.

The Baltic Sea is known by many names such as the East Sea, the West Sea, with the Baltic Sea being the most used and the most understood. The sea will be called by many different names depending where in the world you are from, but when you look at a map the it is usually labeled as the Baltic Sea, regardless of what it is called

The basin that the Baltic Sea sits in was created by glacial erosion and today the sSea is about 1,000 miles long and 120 miles wide and has an average depth of about 180 feet deep. The deepest point is about 1,506 feet deep. The surface area is an impressive 145,522 square miles and the Baltic has a volume of 5,040 cubic miles.

The Baltic Sea is interesting because 45% of its surface area is covered with ice, and the remaining areas never freeze, even during the winters (with the exception of shallow or sheltered bays). The sea experiences the most ice coverage during the moths of February and March and on average the ice is about 70 centimeters thick with the ice becoming thicker the further south that you go. Interestingly, in recent years the sea has seen a lot less ice coverage, with very little of the surface being frozen in the winter of 2007. Many people explain the lack of ice on in recent years with global warming.