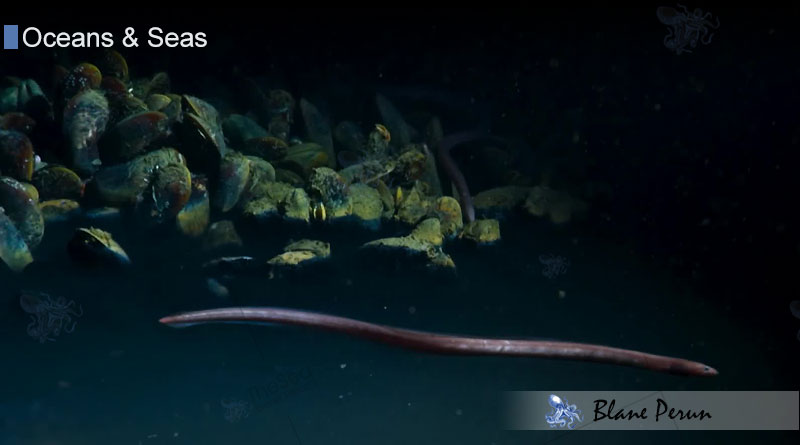 It can be hard to imagine that pools of water can actually form under the ocean, just like at the surface, where we have lakes and seas, but that is precisely what brine pools are. These unique pools are formed of hypersaline water and have been found throughout the world, at various locations, in some cases measuring up to 5 miles in depth. The Gulf of Mexico and the Southern United States are among the most well-known locations that feature such pools and are commonly associated with salt tectonic shifts dating back to the Jurassic period.

So why do brine pools really form, and, ultimately, what are they? The answer to this is simple when considering the increased weight and salinity of brine – a form of salt water that features highly increased salinity ranging between 3.5% and 26% on average – that can be found in underwater pools, usually in the form of sodium chloride. While most pools present at the bottom of the ocean are composed from mildly saline water and moderately concentrated brine, some have been found to contain super-concentrated brine, and are known for their deadly salinity which allows only very few organisms and creatures to survive beneath their surface. One of the most important and well-known examples is the large brine sea discovered underneath the Yucatan Peninsula and in the oceans surrounding it.

Due to the fact that increased sedimentation at the bottom of many oceans and seas tends to preserve salt pockets and layers, preventing them from dissolving, these layers remain buried, and are later pushed deeper and deeper by the increasing sediment build-up. At some point, the salt begins to shift – a process known as salt tectonics. When this happens, the salt layers sometimes erupt to the surface in certain places, leading to the formation of brine lakes and pools.

The life forms associated with brine pools are not very numerous, but together with their unique qualities and ability to thrive within brine lakes, these creatures are extremely important for the ocean’s ecosystem. The activity associated with these pools often coincide with cold seep activity. Basically, bacteria are able to process the energy from the methane released by seep. They have somewhat of a symbiotic relationship with seep mussels that live near the edge of the pools, and both the mussels and the bacteria, as well as the various other microorganisms living within the pools are dependent on various chemicals for the purpose of producing food and nutrients, using chemosynthesis, rather than photosynthesis. While there are certain mollusks and crustaceans that are indigenous to the areas around the pools, the salinity and toxicity of the brine itself makes it impossible for most creatures to survive within the pools themselves.

The waters off the shore of Mexico hide in their depths some of the deepest and most impressive examples of brine lakes and pools in the entire world. A complex array of movements of sediments, salt layers and plate tectonics have led to the formation of these brine pools that have only recently been discovered, some of them being found to be up to 12 miles long, while many are also stretched out to the north, close to the United States’ shoreline.