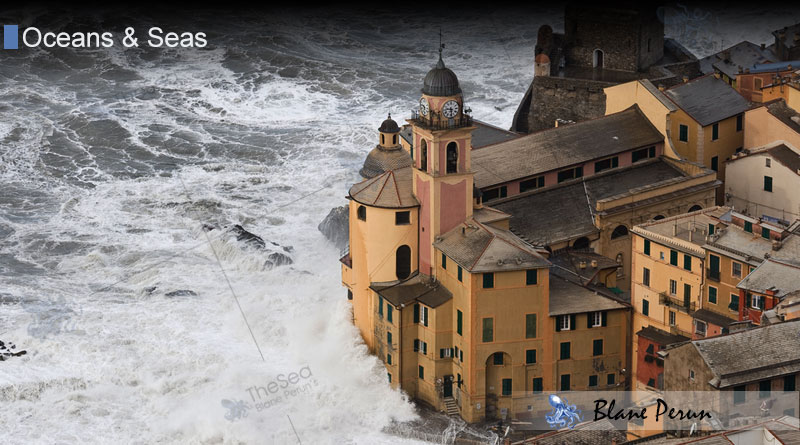 We hear more and more often about the damage caused by the large ocean waves called tsunamis. They appear all of a sudden and sweep away everything on the shore line – we all know that much, but what are, in fact, these huge waves and how do tsunamis form?

Tsunami is a Japanese word and it means “harbor wave”. Also called tidal waves or seismic sea waves, tsunamis are series of huge waves generated by a sudden and powerful movement of the ocean floor. The movement can be caused by an underwater earthquake, a landslide or by an eruption of an underwater volcano. Tsunamis can be also caused by a meteorite impact, but such events are very rare.

The crust of the Earth consists of large pieces called tectonic plates that are in slow movement. When these plates collide, the clash releases huge amounts of energy that causes the large body of water above the plates to move, too – when it does, huge waves appear. When underwater volcanoes erupt or tectonic plates collide, the waves that appear in the open sea are small, sometimes not taller than a foot (that is why they are so difficult to notice even for the ships that are in the immediate vicinity of the collision or the eruption). However, they become larger as they move towards the shore, where the water is shallow. The waves can become 10, sometimes even 30 meters tall by the time they reach the shore, and they are so strong by then that they are able to sweep away and destroy the settlements on the coastline!

When the underwater landslide, earthquake or eruption happens close to the shore, the waves rise and reach the shore in seconds, traveling at speeds up to half a thousand miles an hour, which is the speed of a jet airplane. When the earthquake or the eruption is produced in open sea areas, the waves can be very long, in some cases even 60 or 100 miles long, and they can travel extremely long distances without losing their strength – one tsunami that hit Africa was born in the Indian Ocean and it covered 3,000 miles before it crashed into the coast. In most cases, tsunamis are made of more than one wave, and if the waves are very long, the second wave may take an hour to reach the shore after the impact of the first one. The slowness of the succession makes tsunamis even more dangerous – in many cases, when the first wave is over, the people who survived it return to the danger zone, thinking that the tsunami is over, and so they fall victim to the second wave.

Tsunamis occur in areas where there are a lot of underwater earthquake zones and active volcanoes. Indonesia and the Pacific Ocean are two of the areas most frequently hit by tidal waves, but recently the phenomenon has become more frequent in the Mediterranean and in the Caribbean as well.