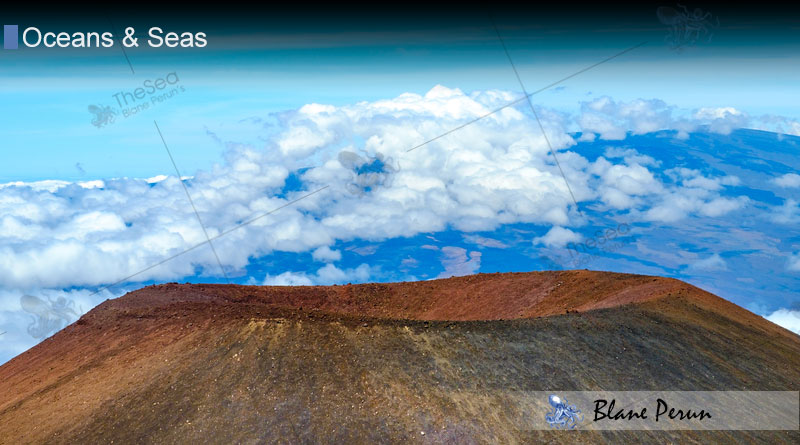 Mauna Kea volcano is the highest point of Hawaii and the highest point of Earth, too. Though only a portion of 4,205 meters of the volcano is above the sea, with its height of more than 10,000 meters measured from the ocean floor Mauna Kea is taller than the tallest mountain on contiguous continents, Mount Everest. The volcano is also among the oldest formations on Earth – being about one million years old, it has long passed through the shield stage, which is the most active period in the life of a volcano.

There are five volcanoes on the island of Hawaii, Mauna Kea being the fourth in terms of size and of the intensity of its activity. Its volume is estimated to be around 6300 cubic km, its mass pressing continuously on the ocean floor and causing the volcano to slide slowly downwards. The huge weight flattens the volcano as well, making it shorter by 0.2 mm every year!

The Mauna Kea volcano emerged as a result of the slip of the Pacific tectonic plate over the hotspot. The result was the creation of the 6,000-mile long Hawaiian Ridge-Emperor seamount chain. The volcano gained considerably in height through lava flows that later on transformed into tholeiitic basalts and alkali basalts. The volcano is now dormant, the age of the youngest flows of lava being between 65,000 years and 4,000 years. The last eruption was more than 2,000 years before our era, but Mauna Kea has not lost its ability to erupt. It will probably not erupt for a couple of centuries from now, but according to scientists, it will, eventually.

Though the barren volcanic sides of Mauna seem an unlikely place for life to thrive, the volcano is in fact a very rich ecosystem and the preferred habitat for many life forms. It is not only huge, but it also offers a varied landscape that features stone deserts just as much as woodlands, shrub lands, and even tropical forests. There are many plant species, such as the Mauna Kea silversword, a member of the sunflower family, the native mint or Pukiawe, a shrub that strives on the dry soil of the volcano, or the Hawaiian Huckleberry, which lives nowhere else on Earth.

The volcano gives home to very special animal species as well. Wolf spiders and caterpillar moths have been found at extreme elevations; ungulates are seen grazing in the forest reserve, and the lower areas are populated by rare and special animals such as the Hawaiian crow, the Hawaiian hoary bat, the Hawaii creeper, and the Hawaiian hawk. The Mauna Kea volcano has been long studied and explored by seismologists and natural scientists of numerous disciplines. The huge mountain is far from being only a dead volcano – it is a rich and diverse environment brimming with life!