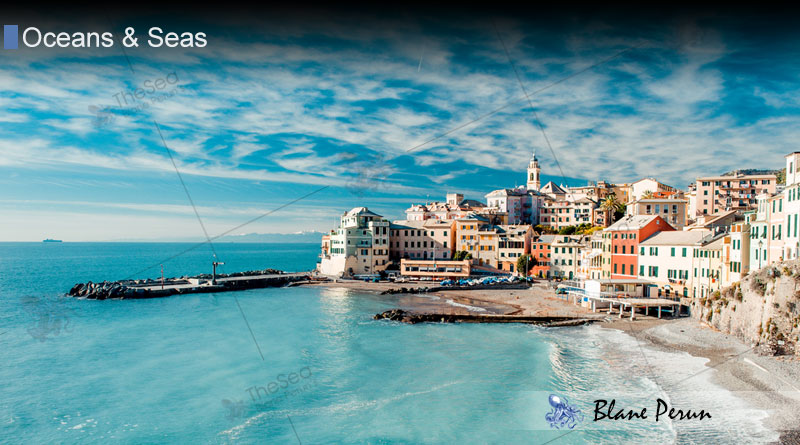 The Mediterranean Sea is known to have many different islands throughout its waters including Cyprus, Crete, Euboea, Rhodes, Lesbos, Chios, Kefalonia, and Corfu. Additional islands in the Mediterranean include Sardinia, Corsica, Sicily, and Malta. Of course, that is not all as you will also find Ibiza, Majorca, and Minorca in the western Mediterranean Sea.

Due to the location of the Mediterranean Sea the climate is generally known to be quite wet with cold winters and hot and dry summers. Many of the crops that are grown in and around include olives, grapes, oranges, tangerines, and cork.

The Mediterranean Sea is most well known for its deep color. The Sea has very limited tides for a body of water this size and that is due to the fact that it has a very small connection with the Atlantic Ocean. Evaporation is excessive, especially in the eastern half of the sea, which means lower water levels and a decrease in salinity levels in this portion of the water.

The Mediterranean Sea is on average, about 4,920 feet deep with the deepest recorded depths about 3.267 miles. The coastline of the Mediterranean Sea spans an impressive 28,600 miles and is broken into three distinct parts by experts and is often referred to in these parts as the Eastern Mediterranean, the Central, and the Western Sea. Each area of is known for its different characteristics such as different water depths, salinity levels, water flow, and even water temperature and geological finds.

Global warming has had an impact of the Mediterranean Sea and has caused water levels in to decline rapidly over the years. In fact, wild life that makes its way into the Mediterranean from the Atlantic often does not survive as the waters are not as nutrient rich, and those that do have to adapt to the differing water conditions.