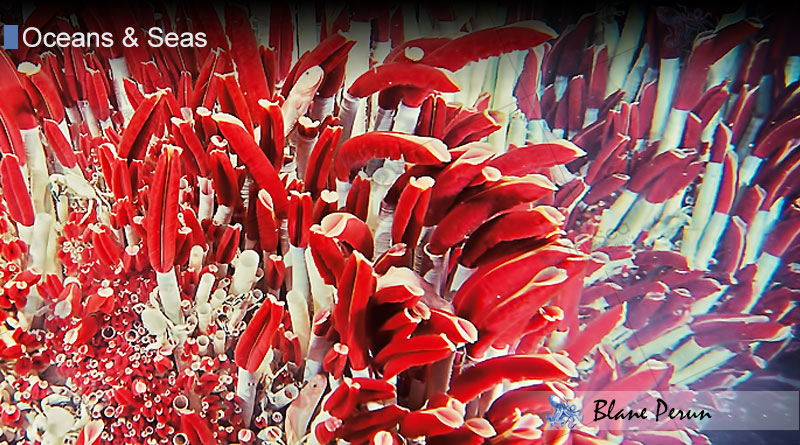 You think of chemosynthesis when it comes to considering the processes through which various organisms living in the ocean are able to produce food; but what is chemosynthesis, really, and how does it relate to other biological conversion processes such as photosynthesis?

Discovered as early as 1890, by Sergei Nikolaevich Vinogradskii, chemosynthesis is a process through which various organisms that thrive in the ocean convert carbon molecules such as methane or carbon dioxide into food. Using the process of oxidation of various inorganic gases or methane as a source of energy, these organisms are quite efficient at setting up the chemical and biological processes required for chemosynthesis, and may include diverse sulfur-oxidizing proteobacteria, aquificaeles or iron-oxidizing bacteria. These organisms are able to produce carbon molecules through the process of chemosynthesis, while other, more complex microorganisms dwelling in dark regions of the ocean are responsible for generating biomass from single carbon molecules.

Compared to photosynthesis, which focuses mainly on using sunlight and water to produce vital carbohydrates and oxygen, the process of chemosynthesis is quite different, being practically responsible for the ability of organisms to thrive in the deep ocean, where there is near darkness and the use of the feeble sunlight that sometimes finds its way at that level of depth is simply impractical. Chemosynthesis differs from photosynthesis due to its ability to produce life-giving carbohydrates through the energy released by inorganic chemical processes and by using chemicals such as hydrogen sulfide, oxygen and carbon dioxide.

It all begins with the bacteria present in the trophosome of various giant tube worms. These organisms use the bacteria to produce amino acids, sugars, carbohydrates, and even sulfur, through certain specific chemical reactions, using carbon dioxide and various other carbon molecules. Purple sulfur bacteria and other bacteria able to produce food sources through the process of chemosynthesis are able to generate yellow globules of sulfur that can also be found in their cells’ cytoplasm. Chemosynthetic bacteria has been found to thrive in the harshest and most unlikely locations on earth, including hydrothermal ocean vents, sunken ships and whale carcasses present at the bottom of the ocean in many locations, as well as cold seeps.

Hydrothermal vents located at the bottoms of many of the Earth’s oceans are the main locations where chemosynthesis can be observed, along with a host of ecosystems based on this lesser known food production process. Recently discovered, hydrothermal ocean vents were predicted to exist as late as the 1970s and were later discovered in abundance at the Galapagos Rift, in 1977. Identifying bacteria that was responsible for the chemosynthesis process in areas such as oceanic hydrothermal vents has also led scientists to search for similar organisms in other well-known areas where sulfur is present in abundance, only to find similar connections between chemosynthetic bacteria and various other organisms, as in the case of deep ocean chemosynthetic processes.