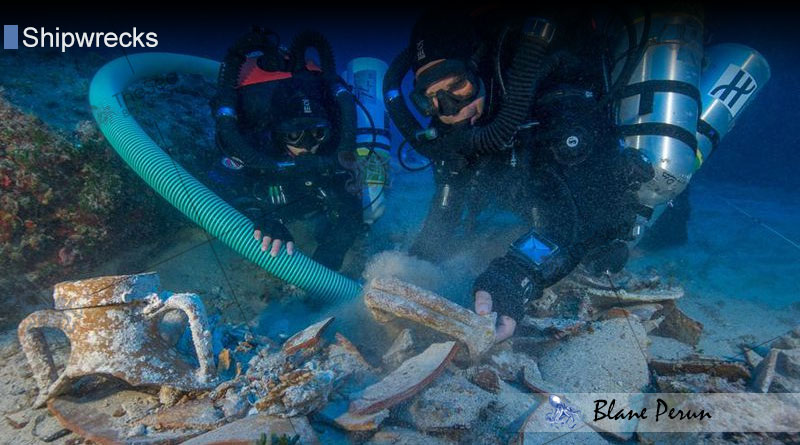 Considered by some to be the most famous and mysterious wreck of the Ancient world, the Antikythera shipwreck was initially discovered by sponge divers off the coast of the Island of Antikythera, in Greece, in 1900. Salvage operations have since hauled many impressive statues, works of art, ancient coins, gold jewelry, tools and unique items to the surface, including the strange Antikythera mechanism.

Even though it was initially discovered in 1900, more than a century of research done on some of the recovered items and artifacts, including the famed Antikythera mechanism, did not lead to accurate dating. The first two years after the Antikythera wreck was found yielded many impressive findings, such as bronze statues and the amphorae recovered from the wreck. These indicated a time frame between 50 and 80 BC. However, the site was abandoned for more than 70 years before explorer Jacques Cousteau recovered 300 additional artifacts. More recent research and carbon dating suggested the hull of the ship may have been crafted earlier than 220 BC.

Captain Dimitrios Kondos set out with a crew of sponge divers around Easter of 1900. They had stopped at the island of Antikythera to wait for favorable winds, and decided to explore the waters around the island. One of the divers, Elias Stadiatis, went down to about 45 meters below the surface, and found what would later be identified as the Antikythera shipwreck. Although initial salvage operations were successfully conducted by the sponge divers, coordinated by the Greek Education Ministry, the wreck was left untouched after 1901, due to the death of diver Giorgos Kritikos as a result of decompression sickness. Jacques Cousteau was the first to attempt new salvage missions in 1953, but it was only in 1976 that he managed to recover new artifacts at the invitation of the Greek Government and assisted by archaeologist Dr. Lazaros Colonas.

Bronze statues such as The Philosopher and the Youth of Antikythera were impressive enough for the archaeologists of the early 20th century. However, there was one find that eluded even the brightest scientific minds of the time: the Antikythera mechanism. This artifact showed an unprecedented level of complexity that surpassed what modern science knew about the skill of Ancient Greek engineers. The clockwork device is believed to have been designed as an ancient analogue computer meant to calculate the position of the stars and planets based on the physics of the day. It was discovered in 1901 aboard the Antikythera shipwreck, and although it is believed to have been designed between 150 and 100 BC, the exact date of its construction remains unknown.