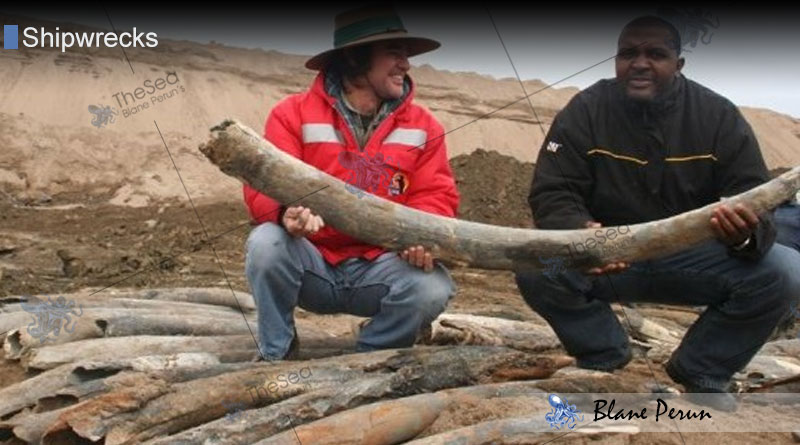 The Bon Jesus shipwreck is one of the most impressive testaments of the European Golden Age of Discovery. Disappearing almost 500 years ago, the Portuguese ship was en route to India at the time it seemed to vanish without a trace. Carrying what would now be worth millions in gold coins and various other items, the ship was considered a great loss at the time, having carried a total of 300 sailors, merchants, priests, slaves and noblemen. The shipwreck was recently discovered in the waters of Namibia, and allowed archaeologists to shed new light on the fate of the people aboard the vessel, as well as their way of life.

The Bom Jesus was a Portuguese ship that set sail from Lisbon in 1533, and was captained by Sir Francisco de Noronha. The ship never made it back from its journey to India, and it was assumed that it sunk in the Indian Ocean, being one of the many vessels fallen victim to the Age of Discovery, when explorers commonly ventured to uncharted lands. The Bom Jesus shipwreck is among the most valuable wrecks discovered in recent years. Its disappearance still leaves researchers with many mysteries, especially because of the lack of consistent human remains. Archaeologists now believe that the crew and passengers may have made it to dry land, but the harsh conditions and the natives could have prevented them from surviving or making it back to civilization.

The wreck was discovered by geologists from the De Beers mining community in 2008. The 300-year old shipwreck was loaded with more than £9 million worth of gold coins and other items that belonged to the crew. Initially, the Bom Jesus shipwreck did not reveal its treasure directly. The miners first discovered pieces of wood and metal along the beach, then they found the entire ship buried beneath the sand. Although archaeologists found weapons and tools, very few human remains and personal belongings were left, suggesting that the crew and passengers made it safely to shore.

The first treasure chest found aboard the vessel was discovered only after 6 days of probing the shipwreck. The full treasure consisted of items of value belonging to many different cultures, including African ivory, German copper ingots and gold coins of Venetian, Spanish and Florentine origin. Since the Bom Jesus shipwreck was not a ship of state, standard procedure allowed the Namibian Government to keep the gold, while the location was placed under UNESCO Protection, being deemed an Underwater Cultural Heritage site.