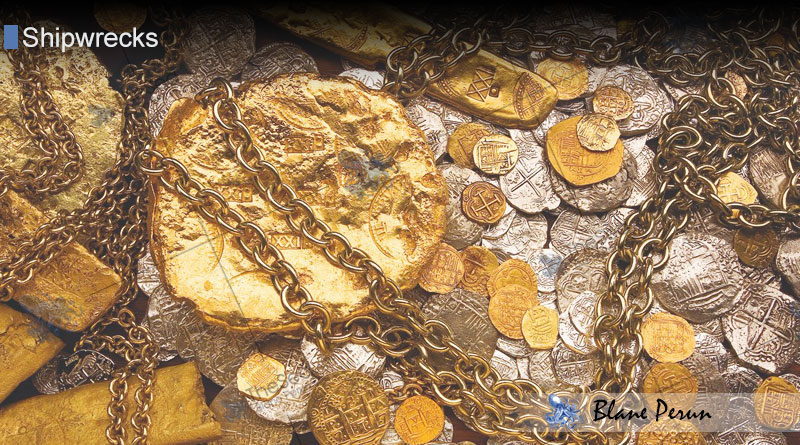 The Nuestra Senora de Atocha shipwreck – “Our Lady of Atocha” as it is known in English – is the famous wreck of a vessel that sank in 1622 off the coast of Florida (near the Florida Keys). The ship carried a heavy cargo of copper, silver, gold, various jewels, gems, tobacco and a number of priceless artifacts, many of which still elude divers. The treasure is characteristic of the most well-known sheep belonging to a fleet of Spanish vessels that sank around the same time near or around the Florida Keys area.

The Atocha frequented the Spanish ports of Porto Bello and Cartagena. These were likely the locations where most of the cargo that found its way to the bottom of the sea in 1622 came from. The ship was ordered by King Philip IV in 1620, and took one year to build. It was finally seaworthy by 1621, and spent another year at sea traveling between Spain and the Caribbean before the time it sank. The Atocha was part of a fleet that was completely swept away by a hurricane, with surviving ships bringing news of the disaster back to Havanna, where authorities sent an additional five ships to try and salvage the vessels. However, the Atocha, along with all other ships, remained extremely difficult to recover and the loss of the fleet was recorded by history as a major blow for the Spanish at the time.

The shipwreck and its treasure is situated off the Florida Keys where it stayed for nearly 400 years before its discovery. The ship sunk along with other Spanish vessels in a violent hurricane that struck unexpectedly and ripped away at the mast and hulls of most of the ships, leaving them dead in the water. The disaster occurred only two days after the ships left port in Havana, and everyone aboard the Atocha except for three sailors and two slaves were killed. Much of the treasure was scattered into the sea when the hull ruptured, so that salvaging it all is nearly impossible even with the best recovery teams.

The Nuestra Senora de Atocha shipwreck was searched for relentlessly by treasure hunter Mel Fisher, together with a team of sub-contractors. It was found in July 1985. Fisher had previously discovered the wrecked cargo ship Santa Margarita 5 years earlier, and, although he managed to recover numerous gold coins and jewels from the wreckage, the State of Florida claimed the find and led Fisher to a litigation that lasted eight years. The Supreme Court finally ruled in Fisher’s favor in 1992, six years before the discoverer of the Nuestra Senora de Atocha shipwreck died.