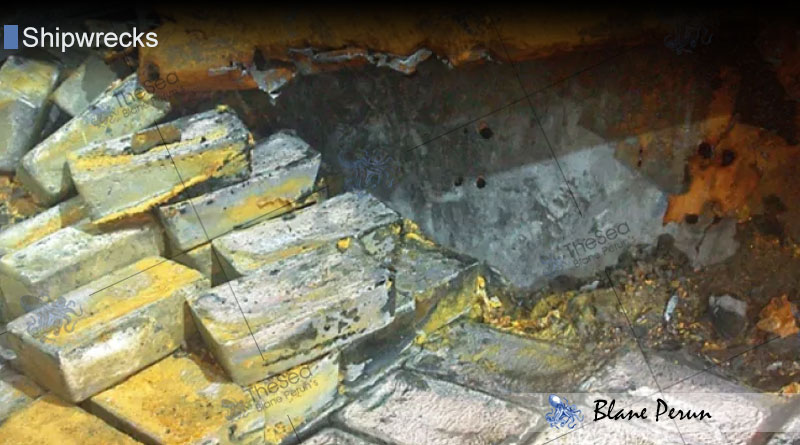 Built in 1919 and initially used as a merchant steamer, the S.S. Gairsoppa later found service in the hands of Great Britain during World War II and was sank off the coast of Ireland in 1941; it took more than 60 years until the rediscovery of the S.S. Gairsoppa shipwreck. The ship had a lengthy career, being mainly appointed as a merchant vessel tasked to carry supplies between the United Kingdom and India. She was spotted by a German U-boat and torpedoed on the starboard side. The ship sank no more than 20 minutes later, and claimed the lives of 85 people.

The S.S. Gairsoppa shipwreck is fascinating enough as it lays more than 4,000 meters below sea level, however, its career was equally significant from a historical standpoint. It was about 400 feet in length, having been built in Jarrow, England, and named after the town of Gairsoppa. Before its military service it regularly acted as a transport vessel to India, with its main port stationed in Glasgow. During the War, the ship was initially part of several convoys before being assigned to Convoy SL 64 in 1941. Forced to make its way to Galway Ireland, it was eventually spotted and sunk by a German vessel in neutral waters.

At the time of its sinking, the S.S. Garisoppa held an estimated £150 million worth of silver bullion. The S.S. Garisoppa shipwreck was discovered in 2011 by American archaeological organization Odyssey Marine Exploration, after a failed attempt by Deepwater Recovery and Exploration Ltd. in 1989. The recovery effort continued throughout the year 2012, yielding about 1,200 ingots of silver, and further efforts in 2013 revealed that a total of 60 tons of silver bullion had been recovered, estimated at a worth of more than £137 million.

The S.S. Garisoppa’s sinking during the war, as well as its service as part of the war effort places it as a key historical remnant of the time. The act of sinking the ship was not an isolated case, and spoke volumes of Hitler’s strategy to cut off Britain’s maritime supply lines as part of his efforts to take over Europe in its entirety. This is just one of the ships that fell victim to that strategy. The S.S. Garisoppa shipwreck remains to this day a testament to Britain’s efforts during the 2nd World War and continues to be a crucial archaeological and symbolic find for the United Kingdom.