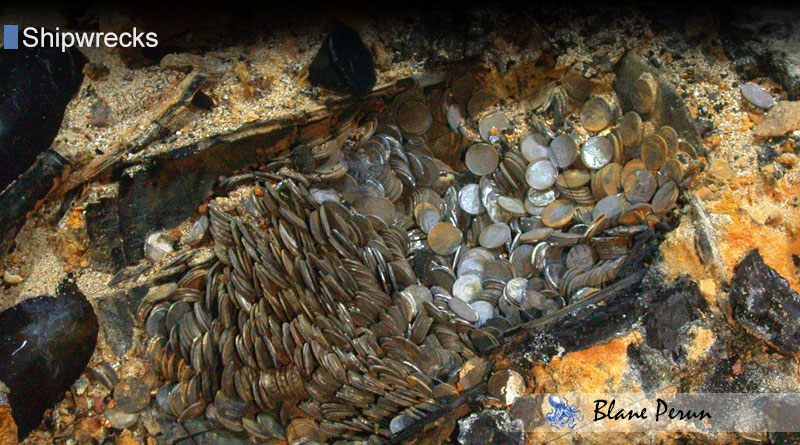 Much is known about the S.S. Republic shipwreck when it comes to its history and the many historical battles it was a part of before its sinking. The ship was used both in the War of 1812 and the Civil War, and was also used as a merchant vessel during times of peace. As the Tennessee, it was the first Baltimore ship to cross the Atlantic, traversing the ocean to visit La Havre, France and Southampton, England. The ship stalled in heavy seas and sank during a storm in the year 1865. It would take nearly 150 years before it would be rediscovered 100 miles southeast of Savannah, Georgia.

The S.S. Republic shipwreck consists of the remains of a steamer which sank en route to New Orleans in 1865 during a hurricane. One of the most notable ships of the time, the S.S. Republic had been built especially for the War of 1812, and began her service as a merchant vessel, subsequently being turned into a Confederate blockade runner during the Civil War, and renamed the CSS Tennessee. The ship was also used as a Union vessel after the Union seized New Orleans. Before it sank, the ship was sold at auction and re-baptized as the S.S. Republic in March 1865, returning to its previous route making trips between New York and New Orleans.

The ship sank on October 25th 1865, on the seventh day of her voyage to New Orleans, while carrying $400,000 in gold coins. Hit by a hurricane, the ship’s hull was badly damaged, and the crew barely managed to hold out as they were trying to bail her. The boiler stalled, and the ship sank after two days of struggle. The Odyssey Marine Exploration, a commercial archaeological organization based in Tampa, Florida, discovered shipwreck in 2003. The ship was found about 500 meters below sea level, and a salvage effort managed to recover more than 1/3 of the rare 19th century gold that the ship had been carrying at the time. The gold is now estimated at a value of over $75 million.

The vessel held an extensive assortment of artifacts from the period, 14,000 of which were recovered during the salvage operation. Ceramic goods, bottles, silverware, elegant glassware and various religious items were recovered along with the gold. Items as diverse as 175 types of stoneware, hand-blown glass oil lamps, crucifix candlesticks and neo-rococo style porcelain figurines were found as part of the treasure. The S.S. Republic shipwreck thus offered researchers and archaeologists a unique glimpse at the past through authentic items that remained preserved for well over a century.