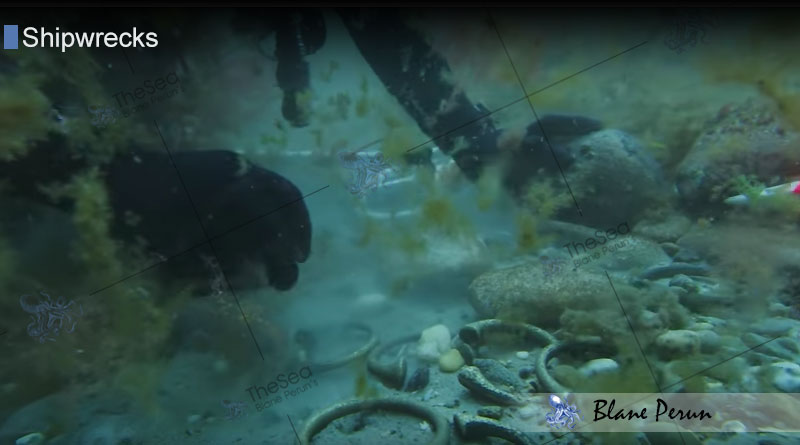 Commonly known as the Whydah, the Whydah Gally shipwreck was found in 1984 by Barry Clifford, who relied on Southack’s early 1717 map to pinpoint its location. The Whydah Gally was a fully rigged galley ship that was captured by “Black Sam” Bellamy, and played a major role as his main flagship during the Golden Age of Piracy. It was originally built as a passenger ship that was soon refitted to carry slaves from the African continent. The ship was commanded by former buccaneer Captain Lawrence Prince before it was attacked by the pirate “Black Sam” Bellamy and began its short-lived but significant career as a pirate vessel.

The Whydah Gally is something of a legend among enthusiasts and experts studying the Golden Age of piracy. Initially commissioned in 1715 by Sir Humphrey Morice – one of the most significant British slave traders of the day – the ship measured 110 feet in length and was capable of speeds of up to 13 knots, or 24 km/h. The ship was named after the West African kingdom of Ouidah (pronounced Whydah) due to its affiliation with the African slave trade. It could normally carry more than 500 captives along with jewelry, ivory and other goods that were transported to trade them in the Caribbean.

The Whydah was taken over by Sam Bellamy in February 1717, only two months before it sank because of a violent storm. There is a good reason why the Whydah Gally shipwreck still had canons that were in excellent condition at the time it was rediscovered. Bellamy initially transferred 150 members of his crew to man the flagship, then traveled to North Carolina and looted several other ships, while fitting the Whydah with 30 additional cannons. According to legend, Bellamy was headed for Cape Cove to visit his beloved Maria Hallett when his route took the Whydah straight into a dense fog that signaled bad weather ahead.

The Whydah Gally sank in April 1717 because of a violent storm that hit the ship during the night. Hit by winds exceeding 70 mph, it reached an area only 30 feet deep where the ship capsized, and the more than 60 cannons on board ripped the deck apart. The “Prince of Pirates,” Bellamy, went down with his ship along with 102 other crewmen. Explorer Barry Clifford followed a real life pirate treasure map to locate the Whydah. His discovery revealed the ship was only covered by 4-5 meters of water. Aside from pirates’ weapons, gear, clothing, cannons and a number of unique artifacts found aboard the Whydah Gally shipwreck, there was also the ship’s bell, which identified the vessel with the inscribed words “THE WHIDAH GALLY 1716.”