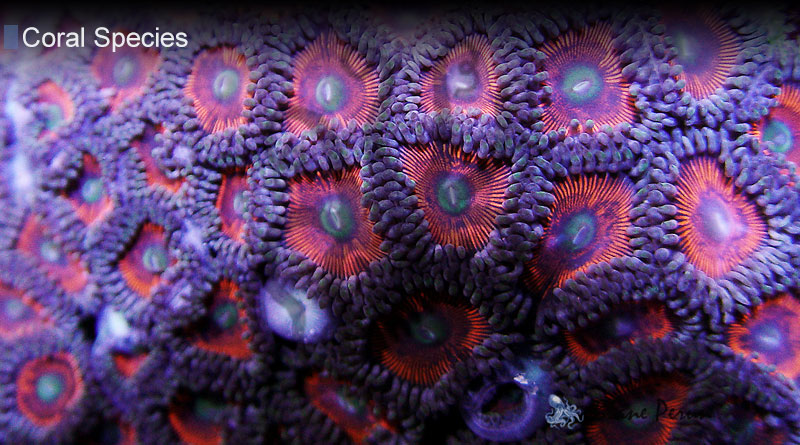 Coral Anatomy Explained: A Look at the Main Parts of a Coral Polyp

Understanding the parts of a coral polyp is essential in understanding how corals work and how they are capable of forming the primary building blocks for marine habitats. Coral reefs are based on these tiny animals, and they depend on them for maintenance and sustained construction. Despite coral polyps being small, they are not helpless or defenseless, and they have quite a robust constitution that allows them to feed, reproduce and build thriving colonies, some of which are able to last for hundreds and even thousands of years.

The typical image of a coral polyp consists of a small cylindrical, rounded body with tentacles at the top surrounding a rather large, vertically pointed mouth opening. Polyps can be of various colors depending on the zooxanthellae they house and on the depth of their location. In the case of stony corals, their base forms their exoskeleton structure, which is often shared between many polyps to create what is known as a coral reef. In soft corals, even though no calcium carbonate exoskeleton is present, the tissues are made more resilient by skeletal elements that are named sclerites. Also, all coral polyps are connected through built-up layers of coenosarc, which in some species is quite thick, so it seems like all the connected polyps actually form a single, larger organism.

The Main Visible Components of a Coral Polyp

The main exterior parts of a coral polyp are protected by an epidermis layer similar to the skin of most animals. The epidermis houses the mesoglea at the base of the tentacles, as well as the tentacles themselves which are covered in nematocysts, similar to the case of jellyfish, for both defensive and offensive purposes. The mouth opening is often flanked by mesenteries and eight, sixteen or more tentacles, but in some cases, a 6-fold symmetry is the basis of the number of tentacles and mesenteries that a polyp might have.

Interior Parts of a Polyp

Inside, the stomach cavity, or the gastrovascular cavity, is much simpler than that of most animals. Polyp stomachs are equipped to digest smaller food particles that are both organic and inorganic. They are protected by a unique type of epidermis known as the gastrodermis, and they are lined with filaments that help the digestive process along with special glandular cells which are responsible for secreting the digestive enzymes required for digestion. Coral polyps have no other opening, so the mouth opening is also used to eliminate waste before the beginning of the next hunting cycle. Although there is much more to speak of regarding the complexity of a coral’s anatomy, these are the main processes and parts of a coral polyp.