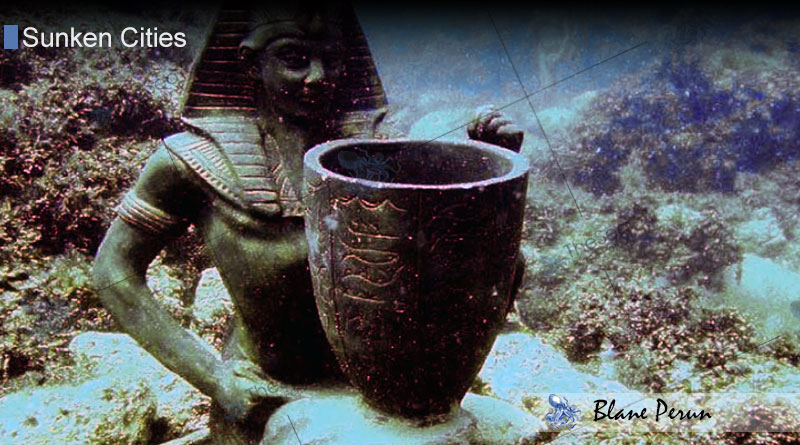 Ancient Alexandria is, in large part, submerged underwater, and the Egyptian city is slowly being unearthed through decades of slow excavations, one of the most important findings being counted among the most famous structures in the ancient world – Cleopatra’s Palace, which was rediscovered in the late 1990s. Vulnerable due to its low elevation placement on the Nile Delta, Alexandria, along with the palace, were hit by a natural catastrophe more than 1,400 years ago, and part of the city, including the palace and Alexandria’s famous lighthouse, were completely submerged.

Today, divers continue to visit, examine and uncover the many secrets of Cleopatra’s impressive palace, as archeological digs slowly continue into the 21st century. Technology has helped a great deal in this endeavor, the palace now becoming one of the most significant historical heritages and tourist attractions of Egypt. The 2,000 year old city is situated in a region where heavy water and poor visibility made it difficult for archeologists to reveal it to the world. However, the palace, along with the city’s royal quarters, the large and impressive private complexes and the various outposts and military barracks, have

all been kept largely untouched, offering a wealth of historical information and a number of important relics for divers to explore. Huge statues and the Timomum were also found, the latter being a private retreat erected by Marc Antony.

The part of Alexandria where the palace was located used to be on a somewhat unstable portion of the Nile Delta, making it vulnerable to rising sea levels, floods and other natural catastrophes. A strong earthquake and a tsunami hitting the coast of Egypt 1,400 years ago almost leveled Alexandria in the process. A part of the city remained above the surface, the modern day city of Alexandria having been built on top of it. Because of this, archeological digs would be extremely costly here, and the main archeological findings of the ancient city remain to be uncovered under the sea.

The palace is one of the most significant locations in the old Alexandria. Founded in 332 BC, and named after its founder, Alexander the Great, the city thrived well after Alexander, becoming a key connection between the Valley of the Nile and the western world. The palace became famous during the reign of Queen Cleopatra – roughly 300 years after the death of Alexander. A spectacular and luxurious structure, it now lays scattered in a small, murky bay about 10 meters underwater. Cleopatra’s Palace remains one of the most well-known and important archeological finds of the modern world, its secrets continuing to be uncovered by underwater archeologists to this day and explored by tourist divers.