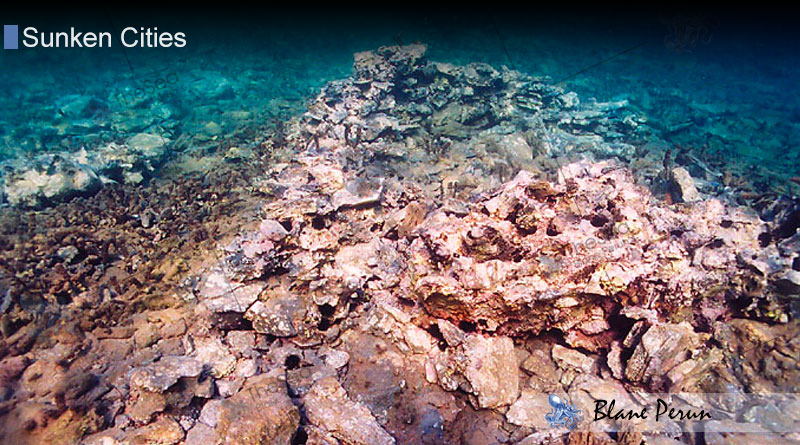 If you want to see a sunken city closely associated to the historical significance of European development, Olous is the perfect place to check out. Accessible not only for scuba divers, but even for snorkeling enthusiasts, the city’s ruins are close to the surface on the island of Crete, near the present day town of Elounda. The intricate walls, tablets and markings divers will see beneath the water tell an exciting story of the ancient city, archeologists discovering many important texts and markings that link it to various other ancient cities lost in the sands of time.

Olus – as the city is also known – is a ruined city that was discovered off the coast of Crete, in the bay of Elounda. The ruins represent an intriguing site that is estimated to have been erected before 800 AD and features intricate wall structures and mosaic floors that contain many important symbols associated with the area’s cultural and historic heritage. The mosaics depict numerous nature symbols, such as birds and fish, while artifacts and coins that have been found at the site show depictions of Ancient Greek mythology, such as the picture of Zeus and likenesses of the Goddess Britomartis – the Minoan goddess of hunting – shown on gold coins.

Located quite close to the surface, the city can be reached from a narrow strip of land that links the mainland to the Kolokytha peninsula. The pristine, gentle waters in this area, combined with the placement of the ruins not far beneath the surface, makes it an ideal location for snorkeling. While diving enthusiasts may be able to more closely inspect the ruins and even read the inscriptions and carvings on the walls of the various structures, you can take some great pictures while snorkeling, too, and some of the ruins can even be seen from the surface.

The city was involved in numerous border disputes with the hill fort of Lato, and the history of the city speaks of the treaties the two establishments. The city’s main temple was erected in favor of Britomartis, while one of the most important pieces was a wooden statue of the goddess allegedly built by Daedalus. Archeologists have also discovered texts and carvings in Olous that have linked the city with the island of Rhodes and the ancient city of Knossos, unraveling an intricate web of connections which the submerged city of Olus was an important part of.