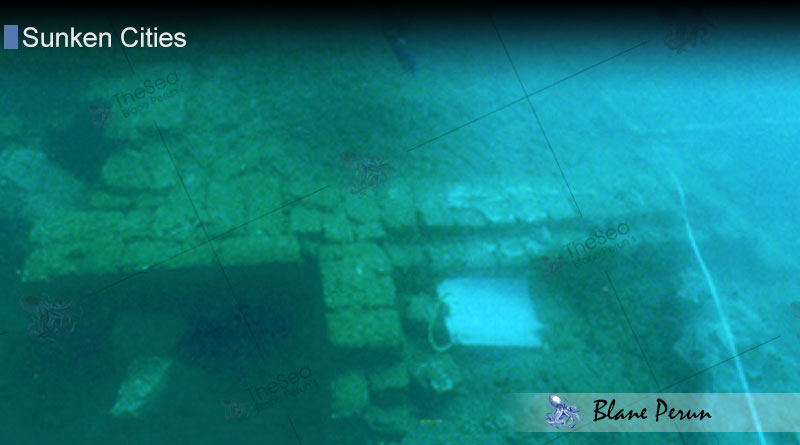 Although not an ancient ruin, Port Royal was one of the most important cities of the era that saw pirates and Spanish sailing vessels dominating the seven seas. A place where privateers were secretly commissioned by smaller European countries who didn’t dare to openly attack Spain and challenge the Spanish’s domination of the seas, the city quickly became known as a dangerous place of loose morals, where the wealthiest and most deprived went hand in hand. Destroyed in 1692, then rebuilt and destroyed again permanently at the beginning of the 20th century, the city twice submerged is a permanent resident of the Caribbean’s mysterious depths.

1692 was a grim day in Jamaica. Its newly appointed capital founded nearly 200 years ago was hit hard by an earthquake and a powerful tsunami, being submerged underwater along with about 2,000 people who have died as a result of the catastrophe. The aftermath of the earthquake was even more devastating, no less than 3,000 people dying as a result of severe injuries and disease. The main reason why the city was submerged has to do with the roughly 65 feet of water-saturated sand it was built on. The unstable sand gave way as a result of the earthquake, plunging the entire settlement into the Caribbean. The city was subsequently rebuilt, and continued to thrive, up until its ultimate destruction in 1907.

The city was a place where pirates and privateers found a safe haven for at least a certain period of time. Buccaneers enjoyed the strategic placement of the city in proximity of the main

trade routes from Spain to Panama, and the harbor was also large enough to accommodate their ships and allow them to make repairs at a short notice. Since the British had no way of defending the city, as well as Jamaica, from Spanish invasions, the Jamaican government turned to pirates for help, and by 1660, the city became a thriving haven for even the most notorious privateers in the Spanish Main.

The remains of the submerged city were very well preserved, and the ruins can still be found off the coast of Jamaica at a depth of roughly 40 feet. Divers here can experience an eerie sensation of floating over the ruins, enjoying a true adventure exploring the city and sunken ships nearby. The city and wrecks also provide a safe haven to untouched coral reefs, sponges, a variety of tropical fish and even nurse sharks. However, note that those wishing to go diving in Port Royal will need to acquire special permission from the Jamaican government.