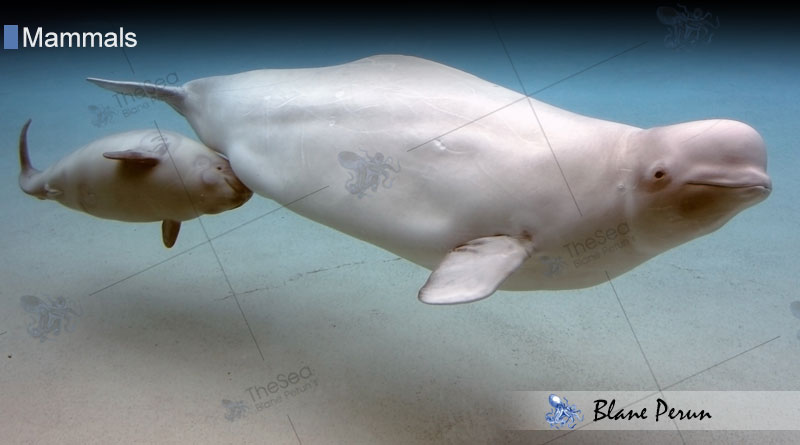 Beluga whales are an unusual species of whale whose origins and taxonomy have caused significant confusion throughout the years. Because of their close relation to dolphins and porpoises, many people believe it to be a dolphin, while others claim it has to be a whale. The complexity of the sea mammal’s cetacean roots, however, has been clearly sorted out by marine biologists. The whale belongs to a family that only houses one other species of sea mammal, and its unique characteristics sets it closer to dolphins on the evolutionary path. However, at the same time, the beluga whale is actually categorized as species of whale.

First described in 1776, the beluga whale has been categorized as belonging to the family Monodontidae, essentially considered to be a toothed whale. Aside from the beluga, the only other species belonging to this family is the narwhal. The whale is commonly nicknamed “sea canary” because of its high-pitched squeaks and whistles, and its unique shape and size resembles not only that of the narwhal, but that of dolphins as well. The species belonging to the family Monodontidae are both characterized by being highly vocal and communicative, using echolocation to navigate, having a wide-range carnivorous diet, and having much smaller teeth than most of their relatives from other families.

The beluga is believed to have evolved directly from the prehistoric Denebola brachycephala about 10 million years ago, during the Miocene period. The closest evolutionary relatives to the Denebola brachycephala are the porpoises classified under the family Phocoenidae. This fact partly explains why there may be some confusion as to whether the beluga whale might actually be a porpoise, however, researchers have proven that this is not the case. The evolution and migratory behavior of the beluga whale throughout the past thousands of years show it to have been around for a long time.

Since the beluga whale is basically a toothed whale, also known as Odontoceti, it is mistakenly believed to be closer to baleen whales than to dolphins. However, the anatomic and physiologic differences between toothed whales and baleen whales lead to the acknowledgment that this isn’t exactly true. Beluga whales are actually closer related to dolphins. In fact, the family Monodontidae, to which beluga whales belong, actually belongs to the superfamily Delphinoidea, which is the same superfamily that the family Delphinidae belongs to. The latter is, of course, the ocean’s most well-known and friendliest mammal, the dolphin.