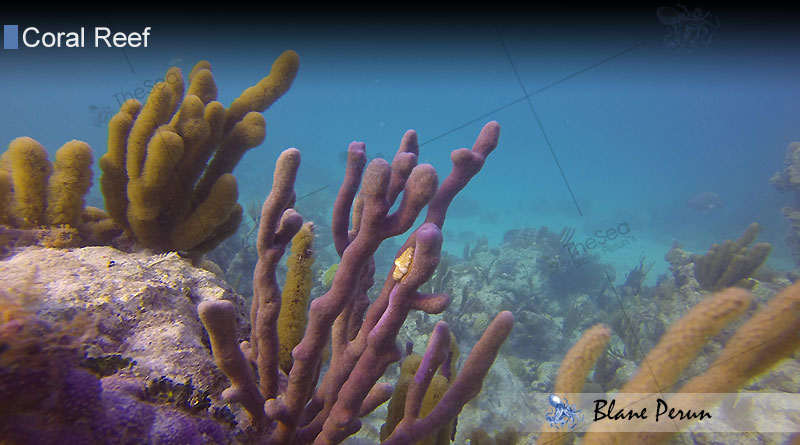 Many people wonder, “what are coral reefs made of?” While protecting coral reefs is a noble cause, being educated about their construction and their biology is equally essential. In many cases, knowing more about coral reefs has allowed people and organizations to alter their habits and practices in such a way that they could effectively protect the fragile balance that keeps coral reefs alive and well in some areas, and the breaking of which can lead to their complete extinction in future years.

The distinction between corals and coral reefs is important, because the reefs themselves are merely the calcium carbonate skeleton structure excreted by tiny animals known as coral polyps. These are the individual corals that make up living coral reef populations and are responsible for creating the complex habitats that house anything from seaweed to the most complex fish and marine mammals. Corals belong to a group of animals known as Cnidaria, and are closely related to jellyfish and sea anemones. Nicknamed the “rainforests of the ocean,” coral reefs are basically defined as reef structures that can take thousands of years to grow to the large size we are accustomed to today, and some of the more established and resilient coral reefs out there are even up to 5,000 to 10,000 years old.

What are coral reefs made of and what are the specific characteristics of the stony corals that make up most of the atoll and barrier reefs that protect local coastlines? Scleractinia, also known as stony coral, is a type of coral responsible for building the strongest calcium carbonate skeletal structures in order to protect themselves and many other marine animals. These coral reefs feature a cylindrical body with an oral orifice surrounded by tentacles on one side, and a skeleton known as a corallite, which is secreted by the epidermis found in the lower part of the polyp’s body.

Coral polyp and coral reef biology determines the precise elements they use as food and that contribute to supplying them with resources for their most basic building blocks. Corals depend primarily on phytoplankton, floating plankton and detritus for their sustenance, as well as on the food provided by their symbiotic zooxanthellae. Polyps have a simple digestive system and a basic stomach that transforms the food they receive into energy and allow them to build the complex structures we come to know as coral reefs. As you can see, the question “what are coral reefs made of?” is much more complex than most people might think, and there are many details we have to be aware of in order to know how to help protect them from natural and man-made hazards.

What Do Coral Reefs Eat

December 7, 2017 Comments Off on What Do Coral Reefs Eat

Since coral reefs take their energy from several places, the question arises: what do coral reefs eat, and how does

What Do Coral Reefs Do

December 7, 2017 Comments Off on What Do Coral Reefs Do

What Are Coral Reefs Made Of

December 7, 2017 Comments Off on What Are Coral Reefs Made Of

What Animals And Plants Live In Coral Reefs

December 7, 2017 Comments Off on What Animals And Plants Live In Coral Reefs