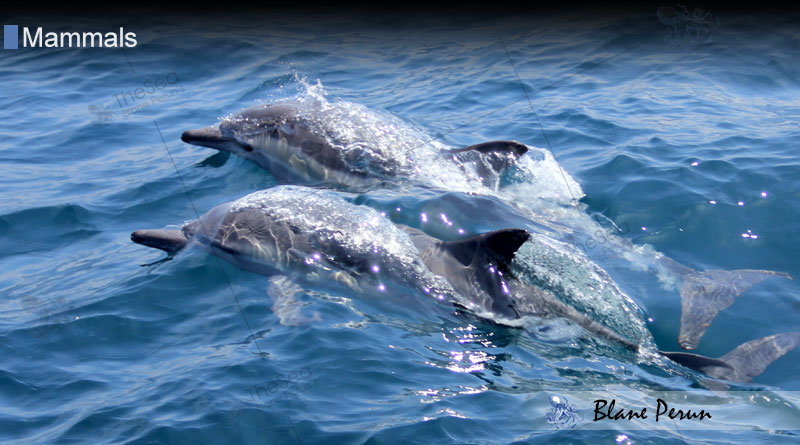 Dolphins are known for being extremely diverse animals when it comes to their diet and eating habits. They are marine mammals, and they are carnivores. While they prefer most common types of fish, some species of dolphins also eat cephalopods and even sea mammals. Some larger species of dolphins, such as killer whales, are highly efficient hunters, and they can feed on large marine mammals and fish species, including sharks, seals and sea lions.

With the help of their highly developed echolocation, dolphins can easily find food no matter how bad the visibility might get. Species that prefer hunting for smaller fish species will usually use a method known as herding. This involves the dolphins forming cooperative hunting groups that surround schools of fish and guide them to come closer together. They then take turns to bite through the disoriented mass of fish. In other cases, dolphins might decide to guide the fish to shallow waters before attacking them. There are also species of dolphins that prefer to hit and stun their pray with their flukes. This is a typical method used by killer whales, which tend to use their tail to stun and catch larger fish.

Most species of dolphin are extremely versatile and adaptable. They can be found in most of the world’s oceans and seas, primarily in temperate areas. The dolphin is an opportunistic feeder, which means it tends to eat any of the marine animals that share its home. Dolphins living in shallow waters prefer fish, including herring, mackerel and cod. Deep ocean-dwelling dolphin species may feed on fish, but they also prefer jellyfish and squid. Orcas, or killer whales, are some of the most unique species of dolphins when it comes to their preferred diet and feeding patterns. Aside from feeding on schools of smaller fish, penguins, seals and various species of octopus, they can also feed on large baleen whales and even the most dangerous species of sharks.

The amount of food that a dolphin requires depends on a variety of factors, including the nutritional content of the fish or species in question, and the dolphin’s size and specific nutritional preferences. Smaller fish like herring and mackerel have a lot of fat, while a squid or octopus has less fat. As a result, dolphins can gain a great deal more energy by feeding on a smaller amount of fish. Although there is no precise guideline, a dolphin weighing between 200 and 250kg will require at least 10kg to 20kg of fish per day.