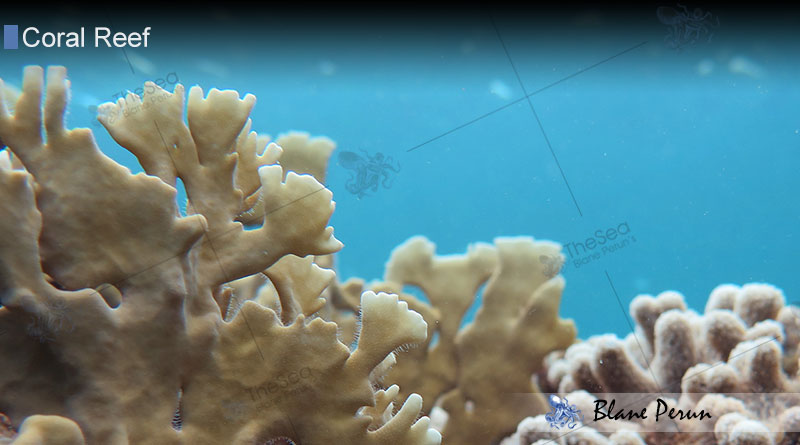 In most cases, the answer to the question of what happens when coral reefs die is that they are simply replaced by other coral polyp larvae, which go on to mature and form new reef formations. This is how it’s been for millions of years, and coral reefs have survived throughout the ages without any outside influence. However, as humans took over the planet, we’ve overextended ourselves, and through pollution, overfishing and extensive building, we have all but decimated the Earth’s resources – including a vital resource known as coral reefs.

So, what happens when coral reefs die, exactly? Because of climate change, El Nino events and other factors leading to the fast decline of coral reef populations, we can observe the process in real time. Coral reefs don’t normally die by natural means. In fact, science has taught us that senescence has not been observed in stony coral polyps, so these corals can theoretically keep renewing itself by adding new layers of tissue and leaving behind old tissue. However, corals are not immortal, since they can die as a result of bleaching or being severely damaged. Starvation, increased water acidity, reduced or heightened temperatures, disease and the presence of toxic compounds can all lead to a coral’s death. Despite these facts, it has been estimated that some corals may have been around for thousands of years without going through bleaching or death.

In the natural world, before global warming or pollution began to destroy the natural balance of our planet, coral reefs were damaged or bleached only on rare occasions. A few natural catastrophes like the event that led to the extinction of the dinosaurs have also destroyed coral reefs, but they have always returned. That is because coral larvae often survive and attach themselves to rocks or old limestone formations preciously created by their predecessors, and continue to grow and create new structures.

Corals have faced extinction in the past, and they have pulled through it. A good example is the Late Devonian Extinction, a natural catastrophe that has hit the marine environment hard, leading to the disappearance of species we know today as “stony” corals for many millions of years. Nevertheless, coral reefs have returned time and time again. Is this period of global warming any different, and should we really expect the complete annihilation of coral reefs? According to scientists, corals could theoretically survive localized extinction events, provided that they are given the chance to do so. However, we don’t really know what happens when coral reefs die out and whether or not there is a chance that they’ll return after (or if) the effects of pollution wear off in the future.

What Is A Coral Reef

While many used to believe the majestic underwater structures known as coral reefs were some form of undersea flora, corals

What Happens When Coral Reefs Die

December 7, 2017 Comments Off on What Happens When Coral Reefs Die

What Forms The Structures Called A Coral Reef

December 7, 2017 Comments Off on What Forms The Structures Called A Coral Reef

What Animals Live In The Coral Reef

December 7, 2017 Comments Off on What Animals Live In The Coral Reef