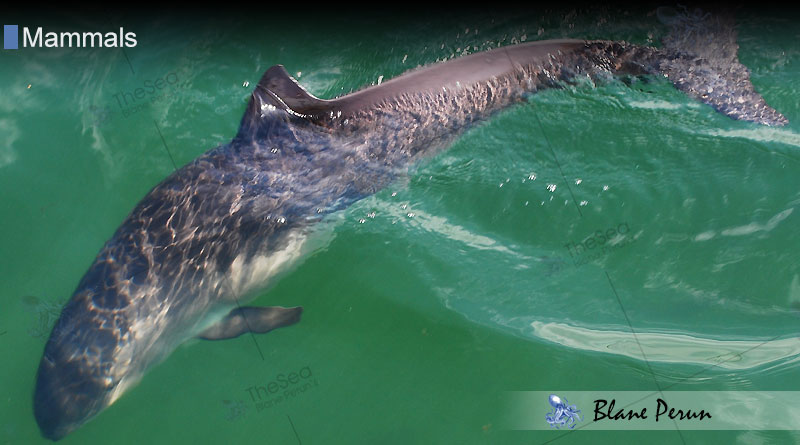 People sometimes use terms such as “whales,” “dolphins” and “porpoises” interchangeably. However, far from being members of the same species, these marine mammals are all unique and quite different when it comes to their physical constitution, size, shape and behavior. In terms of their taxonomy, both porpoises and dolphins are cetaceans and members of the Odontoceti suborder, however, they are part of different families of species. Dolphins belong to the family Dolphinae, while porpoises are a part of the family Phocoenidae, each with its own specific characteristics and behavioral patterns.

While porpoises can be a little smaller than dolphins, reaching lengths of only 7 feet, dolphins can grow up to 10 feet long, depending on the species and specific characteristics of the specimen. Dolphin species are easily recognizable because of a distinctive, round bulbous on their head. At the same time, dolphins also have elongated heads that can be distinguished easily compared to the rounder head of most porpoises. The triangle-shaped dorsal fin of a porpoise is also strikingly different than that of a dolphin, the latter being somewhat curved towards the back.

These fascinating creatures have interested marine biologists for many years. Despite the fact that they are both mammals, breathing using lungs and giving birth to their young in a similar manner, there are definite biological differences that set the two species apart. Dolphin teeth are shaped like cones, while porpoises have rectangular teeth. Also, the part of their biology responsible for communication is very different. Unlike dolphins, porpoises produce sound waves outside of the human level of hearing, so they seem far more quiet. Finally, one of the most important differences is the flatter shape of a porpoise’s face, which is replaced with a more protruding “beak” that makes dolphins stand out.

Porpoises are characteristically far more shy than dolphins. While dolphins don’t show as much fear, and they interact with people on a regular basis, porpoises rarely even come close to boats, and they also live in smaller pods numbering 2-4 members at most. Porpoises also approach the surface only on the rare occasion when they have to take a breath of fresh air, while dolphins constantly spend longer periods of time above the surface, or they may even leap out of the water. The animals you may see in a marina or at various marine shows are most likely to be dolphins, since porpoises will never be so open to that level of exposure to humans.