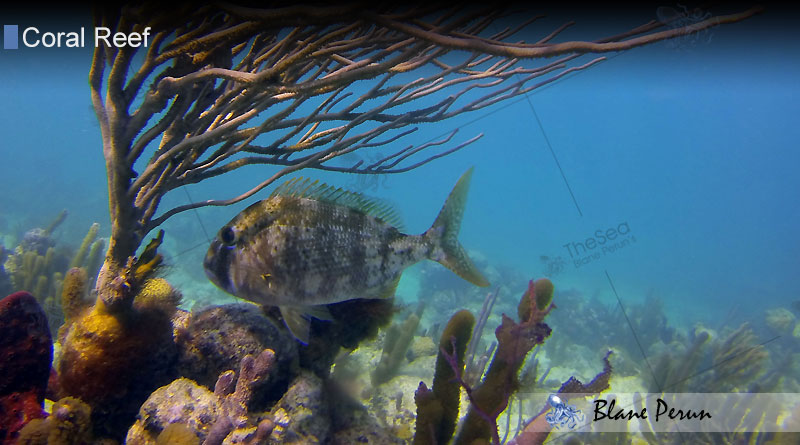 Why is this an important issue when keeping track of the main characteristics of coral reef polyps and formations? Productivity is a key benefit, because it ensures survival for the coral itself and for the various types of species it supports. In an environment where food is scarce, the symbiotic relationship between zooxanthellae and coral polyps manages to create one of the most efficient systems in nature. Much of the high productivity in coral reefs depends on their ability to capture sunlight and use the energy they receive as effectively as possible.

When asking why coral reefs have such high productivity, the first scientists who have discovered this fact were amazed at just how coral reefs compare to the productivity rating of other ecosystems in nature. Compared to more than a dozen other ecosystems, coral reefs are only exceeded by a small margin by estuaries, swamps and tropical rainforests. However, when comparing corals to other marine systems, the coral reef habitat comes out on top. With a productivity value of more than 1700 gCm^-1 yr^-1. it greatly exceeds that of the next marine ecosystem in line, the upwelling ocean, which has a value of less than 500 gCm^-1 yr^-1.

Why do coral reefs have such high productivity and are there any special reasons to consider? The most important reason is the complex function of light and the advanced chemical methods through which the corals are able to use even the most minute amount of sunlight in order to produce vital nutrients and get enough sustenance to support their own survival along with the secretion of calcium carbonate. These tasks require enormous energy and highly efficient nutrient recycling, as well as a hydrodynamic process that can explain much of the high productivity that is mainly a result of the coral’s zooxanthellae.

The symbiotic relationship between zooxanthellae and coral polyp colonies is one of the most efficient in nature. This unique mutualism is not just mean to ensure survival and an ample amount of food and energy, but also to create a state of growth, stability and high productivity. As the zooxanthellae transforms sunlight into energy, it passes it to coral polyps mainly as glucose, glycerol or alinane. The amount and volume of these nutrients, along with the polyps’ ability to recycle nutrients, leads to shallow water corals being the most efficient types of corals, making use of a symbiotic relationship unique to the species. As a result, the efficiency of zooxanthellae and the unique symbiotic relationship between them and coral polyps are basically the full answer to the question “why coral reefs have such high productivity.”