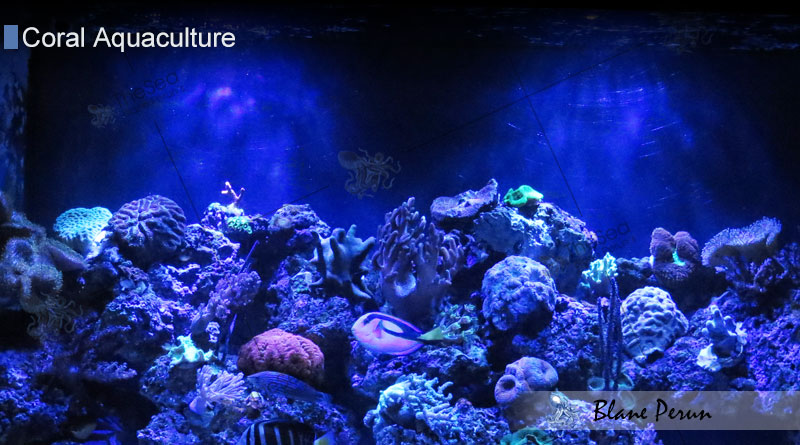 I set up this tank in Late April of 2015 and started stalking it in late May. The majority of the corals are leathers and large polyp stony. Things are progressing fast and the livestock doing very well. I have taken everything I have learned and set up one small reef system, that I can disassemble when it comes time to move.

I have been pretty aggressive buying coral nearly weekly since June, I’d like to get about 40 more small colonies in the tank, then start filling in the remaining open spots of rock with zoanthids and sps frags. I have been taking photos as I progress but not near enough. I’m still trying to dial in a good technique. Shooting underwater seems far more simple at this point. During my years doing photography of aqua-cultured coral everything was shot from above so white balance was far less of an issue.

I really like the new technology out today, from computers to lights allot has changed since my last tank and it really adds to the overall stability of the set up. To increase my chances of success I added a 100 gallon sump in my basement, then plumbs into the main set up. This is something I learned early on. Sumps are a critical component of your reef tank, far too often they are ignored or something small is added that can fit under the stand. Ideally I’d like to have something five times the display area, but in my case two will have to do.

Take a look at my 55 Gallon Reef Tank Gallery 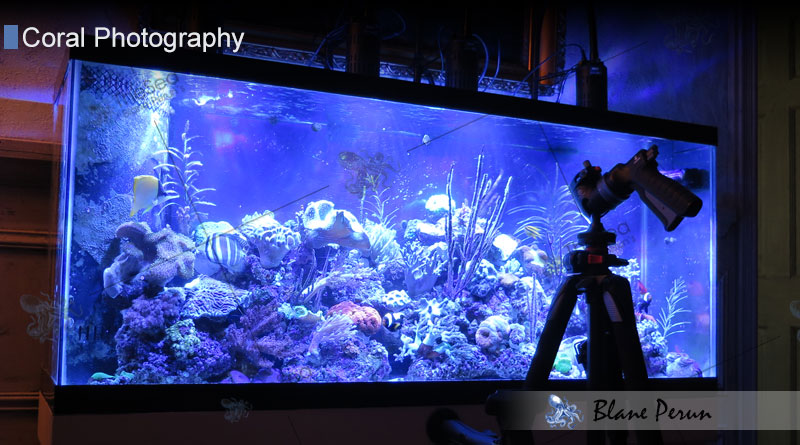