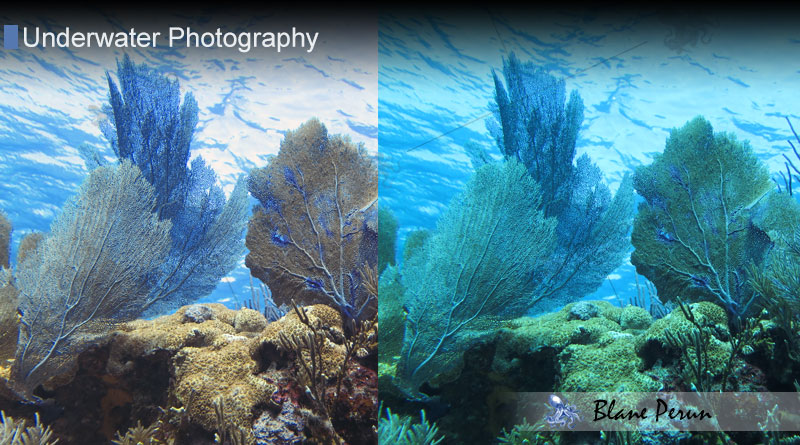 I’d say over 50% of the time I spend taking photos underwater, I don’t have the right set up. Lights may not be bright enough, subject is too far away, or moving too fast, low ambient light poor depth of field. Despite all of this sometimes you still catch a really great composed shot, but it’s blue. With enough light filtration and time you can get anything to look good, but sometimes things just don’t cooperate on a dive and you hope you can fix the shots in post.

Shooting in RAW I use Lightroom for most of my work out of habit, but as far as color correction I use Photoshop. Most of the time I’d start with the adjustment of levels then move to variations of the shot were not to far off. More often than not I would up in color channels and this really drags things out. On a typical day shoot I might come back with 1,000 plus photos and being a hobby I need something pretty quick.

Here is your answer, I found a pretty incredible color correction action for photoshop online. Right off the bat it was not working and after digging around I found that being written in French, it was throwing errors in an English version of photoshop. With some tinkering around I was able to edit the action in XML then port it back to an action file.

Here is one of my shots run through the action, incredible results in seconds

Located in the Straits of Florida, Key West is an island that can be found at the south of the

In late 2013 my wife and I traveled to Turks and Caicos Islands, this trip made for some great diving.

The Most Diverse Holiday Destinations Found in Mykonos When you plan to visit Greece, one of the best places to

August 9, 2021 Comments Off on Santorini Greece