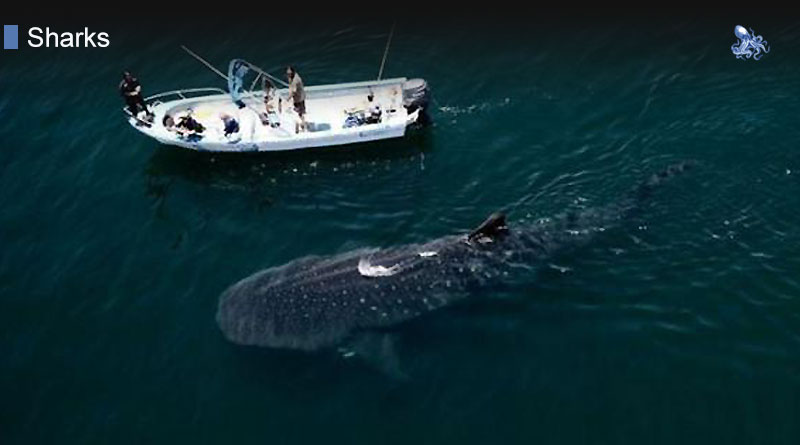 Closely related to rays and belonging to the clade Selachimorpha, sharks are among the most feared predators of the ocean depths anywhere in the world. Their fascinatingly efficient anatomy makes them one of the most important links of the marine food chain, while their diversity spans across about 500 different species, each deriving from a common ancestor that lived more than 420 million years ago. These species of fish are found at depths of more than 2,000 meters, and most live in salt water, while only a few known freshwater species exist.

Sharks are amazing creatures whose development has evolved gradually throughout millions of years to form one of the strongest, fastest and most resilient predators found in nature. In terms of their size, shark species can be quite diverse, ranging from smaller species that can measure only a few inches in length, to the imposing whale shark – the largest fish in the known oceans. The most distinctive anatomical features of these fish are their large, flexible and resilient skeleton made of cartilage and flexible tissue, and their large, highly resilient jaws. The jaw features unique hexagonal plates of crystal calcium, known as tesserae, that make them extremely tough, and are present in several layers in larger species such as the bull shark or great white. Also extremely aerodynamic, they are built for speed, being able to catch most smaller fish with ease, and even keep up with speedboats on occasion.

Most shark species are known to be carnivores, and use ram feeding or suction feeding to catch smaller fish and even plankton in one fell swoop. In many cases, they also feed on fish and squid, swallowing them whole, or as with species like the cookiecutter shark, using their large, razor sharp teeth and thick lips to slice through their prey in the most efficient possible way. Some species, on the other hand, such as benthic shark varieties, specialize only on one type of prey, in this case feeding only on crustaceans.

These species of fish are generally solitary hunters, although some – such as the whitetip reef shark, is known for its ability to team up with other species of fish, and hunt for illusive prey. The shark can also be quite social, as well as intelligent, its migration patterns being even more complex than that of birds. An interesting trait of these magnificent fish is that they can actually sleep while swimming – species that can’t breathe without moving going through an altered state known as “sleep swimming.”

There are many myths related to the behavior and general traits of shark species. For instance, although they are considered deadly, only 4 species are linked with unprovoked attacks on humans. Also, these fish are not immune to disease, as some claims may state, and there is no evidence that shark fins can prevent cancer. Other shark myths are actually not myths at all. For instance, the fact that they can resist the immense pressure and low temperature of the deepest areas of the ocean has been confirmed, with reports showing specimens found at depths of almost 4,000 meters. Regardless of their reputation and any myths associated with them, sharks remain among nature’s most fascinating and intriguing creatures, continuing to efficiently keep the oceans tidy by regulating their specific food webs.