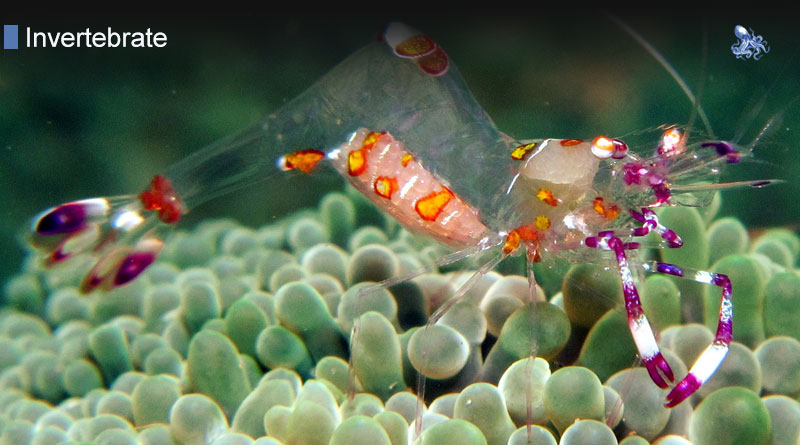 An overwhelming majority of cleaner shrimp found in warm, tropical waters are part of a broad category known as anemone shrimp. These are shrimp that make their living through a symbiotic relationship with sea anemone. Anemones are unique underwater predators gifted with stinging tentacles that these particular shrimp have adapted immunity towards. In return for the protection offered by the anemone, the shrimp cleans the body of parasites and brings new food sources to the creature. There are three genera of anemone shrimp widely distributed in the tropical sea ecosystem: Alpheus, Lysmata, and Periclimenes shrimp.

The Alpheus genus comprises the aptly named pistol shrimp and other varieties of aggressive, snapping shrimp. These shrimp have specialized front claws, formidable weapons that can be used to protect the anemone from larger predators that are unfazed by the tentacle sting. Some of these shrimp have spear-like appendages for claws, while others have a hammer that creates a sonic boom and shockwave that is highly dangerous for nearby fish. They eat common pests that bother anemones, such as fireworms.

Hippolytidae are the most common form of cleaning shrimp, often in the lysmata family although other variants exist. These shrimp commonly share their home with sea anemone that protect them from predators. In exchange for the protection of the anemone’s dire tentacles, the cleaner shrimp remove distracting parasites from the surface of the anemone and help it maintain a healthy state of wellbeing. It is not uncommon for these shrimp to gather en masse to form cleaner stations on the surface of the anemone that allow them to clean passing fish while benefiting from the protection of the respective anemone.

Another common anemone shrimp are those that belong in the Periclimenes genus. These shrimp tend to have transparent bodies or colored markings that match them with the anemone in question, making them very difficult for predators to pick apart from the dangerous anemone on which they live. These types of anemone shrimp tend to live in very large colonies, of tens or even hundreds to a single anemone. This allows them to create large and complex cleaning stations that greatly benefit the anemone, as well as any passing fish that meet the anemone’s criteria for survival past the tentacles.