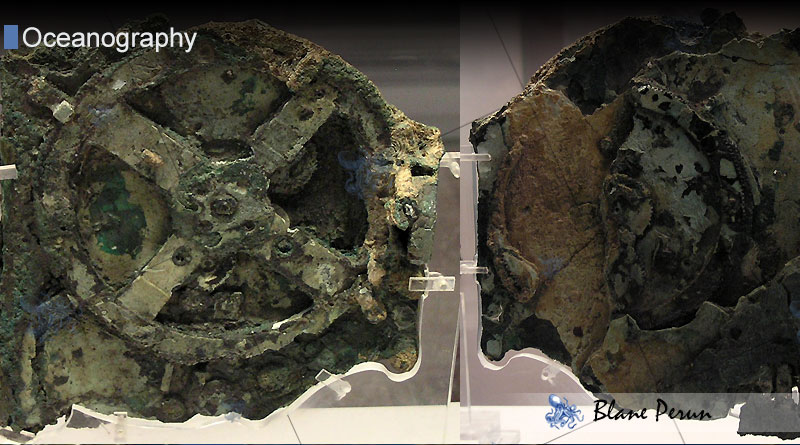 The Antikythera mechanism has been a true enigma for scientists for the past 100 years or so, since its discovery at the dawn of the 20th century. The mechanism is a complex analogue computer made up of a series of gears and parts that would have been considered cutting edge even in the early 1900s. However, scientists have recently established that the mechanical machine has been under the ocean for more than 2,000 years. Despite the fact that it was basically left on a shelf for the past century, the Antikythera mechanism’s secrets have now been finally unlocked.

The Antikythera shipwreck off the Greek island of the same name became famous as the site where the mechanism was first discovered more than 115 years ago. Initially, researchers did not think much about the fragments of rock and corroded bronze alloy that simply looked strange and seemed far less valuable than the ancient jewelry, coins and statues discovered at the site. It was only when archeologist Valerio Stais examined the mechanism in 1902 that it became a topic of debate, as he concluded it was actually a type of astronomical clockwork machine that predated any similar device built centuries later. Newer studies performed by researchers in the 1950s and 70s have revealed a few more of the Antikythera mechanism’s secrets, but it was only in 2014 that the true origins, use and value of the mechanism were finally uncovered.

The mechanism was dated to 205 BC and linked to famed Greek scientist and inventor, Archimedes. Also, researchers have used X-rays and computed topography to reconstruct the structure of the machine, claiming that it was basically the height of Ancient Greek technology and was constructed to offer an extremely accurate representation of the movements of stars and planets, in accordance with the theories and observations of the time. This historic find made in 2014 has catapulted the Antikythera mechanism back into the spotlight and has even led study leader Mike Edmunds, who took part in the analysis of the mechanism, to consider it to be a more valuable masterpiece than the Mona Lisa.

The construction of the mechanism was quite robust; however, its years below the surface of the sea were equally unforgiving. The Antikythera mechanism is believed to have spent more than 2,000 years below the surface of the sea, since the cargo ship it was found in seemed to have sank shortly after the mechanism’s construction. It is unclear why the device was even on the ship, and there are virtually no historical references to the advanced technology and knowledge that led to its construction, or what happened to it afterwards.

The Antikythera device is extremely complex. Made up of dozens of gears and featuring a total of 82 fragments that were discovered in the shipwreck, it is known to be a highly accurate astronomical “computer” that tracks the positions of planets and constellations according to Ancient Greek theories and mathematical deductions. While reproductions and simulations show that it does not account for the more recent Planetary Hypothesis put forth by Ptolemy, or Kepler’s Second Law of planetary motion, the Antikythera mechanism is still considered to be one of the most intricate and accurate clockwork machines ever built.