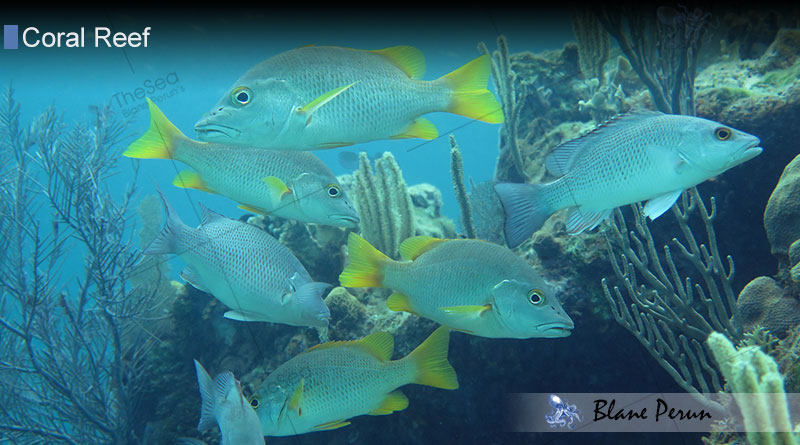 While many used to believe the majestic underwater structures known as coral reefs were some form of undersea flora, corals are actually tiny animals that have a simple structure and live in a symbiotic relationship with a specific type of algae known as zooxanthellae. There are hundreds of species of corals currently known to inhabit the world’s oceans, and describing the family tree of these marine creatures can get quite complicated.

When considering what a coral reef is and why it is structured as it is, it’s good to point out corals’ resemblance to another similar animal known as the sea anemone. Like the anemone, the most essential part of the coral is the polyp, which features a mouth opening and small tentacles used to capture tiny organic particles and organisms that stray too close. In its symbiosis with zooxanthellae, the polyp also receives vital nutrients produced by the algae through photosynthesis, and the polyp provides it with essential raw materials in exchange. By receiving energy from two different sources, coral polyps have enough resources to sustain themselves and build the strong calcium carbonate structures that harden to make up the coral reef formation.

Over a period of hundreds of millions of years, coral reefs have evolved into a complex variety of species that range from essential reef builders known as stony corals, to colorful red and blue corals and more flexible organpipe corals that are slightly different in construction. But what is a coral reef and just how far does its diversity extend? Aside from the many types of stony coral and octocoral, there are also many different varieties of reef formations, including the main categories of fringing, barrier and atoll reefs. Secondary types also include cays, microatoll, apron, bank, ribbon and patch reefs.

In order to survive, coral reefs need specific conditions in order to survive. Because they need sunlight, reefs rarely develop at depths of more than 50 meters, and their need for clear water also leads them to develop in sediment-free water. They are commonly found in subtropical and tropical waters where the temperature stays stable at 20-32 degrees, and they also require a certain balance of the ratio of salt to water. While these conditions are able to ensure the survival of corals anywhere in the world, global warming and human factors have altered them to a point where coral reefs have become threatened. The question of “what is a coral reef and how can we protect these magnificent underwater habitats?” has, therefore, become of prime importance in recent years.