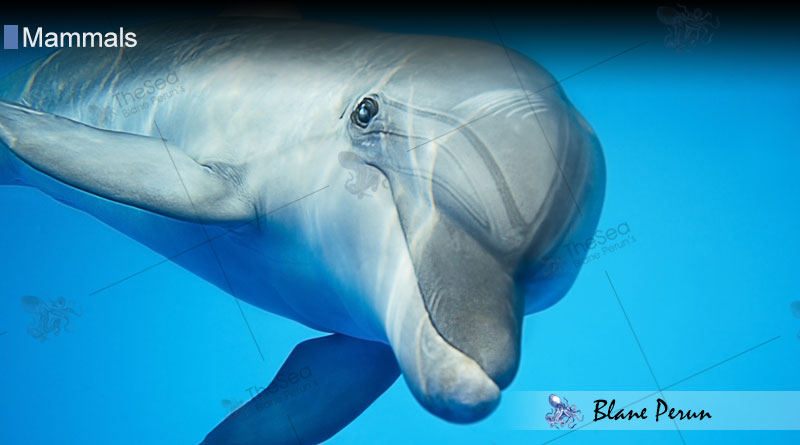 The term dolphin is actually the collective name that includes 43 different species, out of which 38 live in marine habitats and 5 in rivers – such as the Pink Dolphin that lives in the Amazonas. Dolphins are found in almost every ocean on Earth, with the exception of Arctic and Antarctic waters. They all prefer shallow waters and warm places, and that’s why they are so frequently seen along coastlines. These wonderful creatures form tightly knit communities and they also love to interact with humans, being the friendliest beings of the sea.

Dolphins are an extremely diverse group when it comes to size and physical appearance. The smallest species are around 1.7 m long and weigh about 50 kg, but the larger species, such as the killer whale, can reach almost 10 meters in length and a weight of 10 metric tons, with males being larger than females. All dolphin species have two flippers – two front limbs that probably used to be legs millions of years ago. They have a relatively small mouth and sharp, conical teeth they capture their food with.

Dolphins are very adaptable creatures, so they develop feeding methods that best suit the region they live in. They mainly feed on squid and fish, but larger species such as the orca also feed on other mammals. One of the most common feeding techniques used by dolphin communities is herding – it takes several dolphins to act together, squeezing a larger shoal of fish into a central area. Their other preferred method is called corralling – they chase the fish to shallow waters, where they become easy prey for the swift and able swimmer dolphins.

Similar to many other mammal species, dolphins give birth to live offspring, called calves. The length of the gestation period varies from one species to the other, ranging from 10 to 17 months. The young grow very quickly and become adults at around the age of 6-8 – this is when they become sexually mature, too.

One of the most astonishing facts about these amazing mammals is that dolphins sleep with one eye open and half their brain on. The reason for this is that they can breathe only when they are conscious, so they can never really have a good night’s sleep like we, humans do, without suffocating. These beautiful creatures have lungs and they breathe through their blowholes (a hole on the top of the dolphin’s head), which they use to inhale fresh air and to exhale stale air. And so, dolphins sleep with half their brain on, so that they can regularly go up to take a breath or swim slowly with the blowhole above the water while half asleep, to be able to breathe. What’s more, being only half asleep and keeping one eye open enables them to look out for possible dangers even when they are resting.

Dolphins are very sociable creatures – many of them live in groups called pods, in some cases made of as many as 1,000 dolphins;
They are very intelligent, some species being known to be able to use tools;
They use a natural radar system called echolocation to navigate in the water and to spot food from huge distances;
They are long-lived creatures, with larger species such as orcas living for more than 70 years.

After learning all these facts, aren’t dolphins absolutely astonishing?