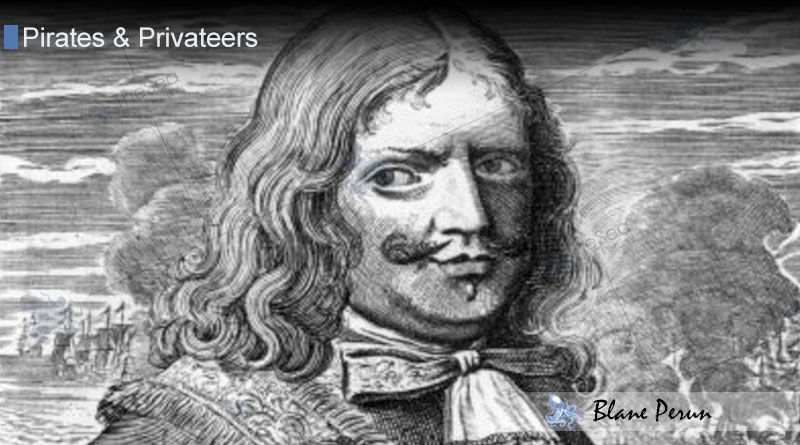 Henry Morgan was a Welsh pirate and privateer in addition to his career as an English Royal Navy admiral. His primary claim to fame comes from his exploits raiding settlements along the Spanish Main in the middle of the 17th century. He earned himself a reputation as one of the most successful and notorious privateers in history, and was feared greatly by Spanish colonists in the area. No data about his early life exists, but his life is well documented following his first appointment to a seafaring vessel in 1661.

The governor of Jamaica at the time in which Captain Morgan’s naval career began was a key instrument in developing the man into the person he would become. This was because Sir Thomas Modyford, the governor in question, granted Morgan letters of marque to attack Spanish holdings in the area against the wishes of the crown. The actions of Modyford allowed Morgan, as well as many other naval officers in the area to begin prosperous careers as privateers of the Royal Navy, unbeknownst to the King of England who explicitly forbade their existence.

Having sacked and plundered a number of Spanish ships, towns, and forts, including the island of Providence, which was ransacked despite their surrender, the Spanish began a retaliation effort. In response, Morgan assembled a pirate fleet to defend against possible Spanish incursion and did so in a unique way: he personally showed up at all of the most infamous pirate dens and taverns dressed in the bright crimson silk coat and golden jewels that rum aficionados know him for. Once there, he interviewed and recruited the most daring pirates he could find and raised a sizable force of five hundred pirates, effectively staving off Spanish plans for the invasion of Jamaica for the time being.

After many more raids, conquests and battles, Modyford’s disobedience to the crown had put him in an untenable political position; Morgan’s retirement was nearly at hand. In 1671, he attacked Panama, which violated the recently signed peace treaty between England and Spain, leading to his arrest. A lengthy trial followed in which he managed to prove that he had no knowledge of the peace treaty and was eventually sent back to a safe post as Lieutenant Governor of Jamaica, his privateering days being then officially over.