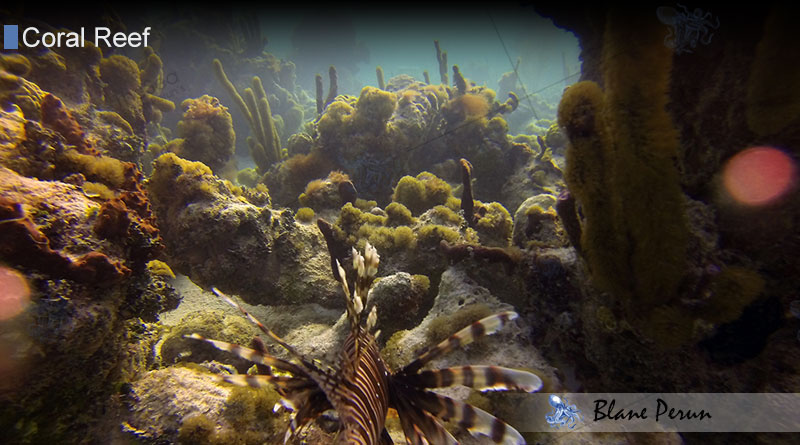 Compared to many other habitats on land or in the water, coral reefs take up a minute amount of space, yet in answering the question of “how much of the ocean is coral reef”, we cannot ignore the importance and value associated with these complex marine habitats. Despite their small size, coral reefs are hubs for marine creatures that travel throughout the world and visit reefs in order to find food and shelter. Their contribution to the environment and to humanity’s ongoing existence are also impressive, and coral reefs even play an important role in cleaning up the ocean.

How much of the ocean is coral reef? Statistics can answer this question accurately, showing how coral formations make up about 0.2% of the total surface area of the ocean – a minute quantity compared to the vastness of the open ocean. Corals are still quite huge in number, but in the past 50 years about 27% of all corals have been lost, and 38% are at high risk of disappearing in the next few years. Since the loss of coral reef continues to accelerate, conservation efforts will require unprecedented cooperation, at a political and economic level, between numerous states throughout the world.

How much of the ocean is coral reef, and why is the presence of these reefs so important for biodiversity and the quality of life in general? First of all, we have to understand the fact that coral reefs offer a diverse range of food, either by providing schools of fish that large predators feed on, or tiny phytoplankton that are sought out by filter feeders. Without these sources of nourishment, many of the ocean’s creatures would die out. They, in turn, offer up their energy to the next predators in the food chain, up to apex predators that feed on only the largest marine species. With small fishes and the main producers and primary consumers of the coral reefs gone, there would be little food left for about 25% of the marine life population of the entire ocean.

In human terms, coral reefs are also extremely valuable, even though their value doesn’t necessarily come from exploitation and selling. Instead, the fish that corals support fetch a handsome sum, along with the attraction for tourism associated with the diverse reef environments. Without coral reefs, however, there will be no rare fish and strange marine creatures for tourists to pay to see. Also, countless coastline communities will have lost their single lead for obtaining vital food and sustenance. Considering these facts, asking how much of the ocean is coral reef becomes an important issue in determining how much time we still have left for initiating conservation efforts and saving our reefs from complete annihilation.