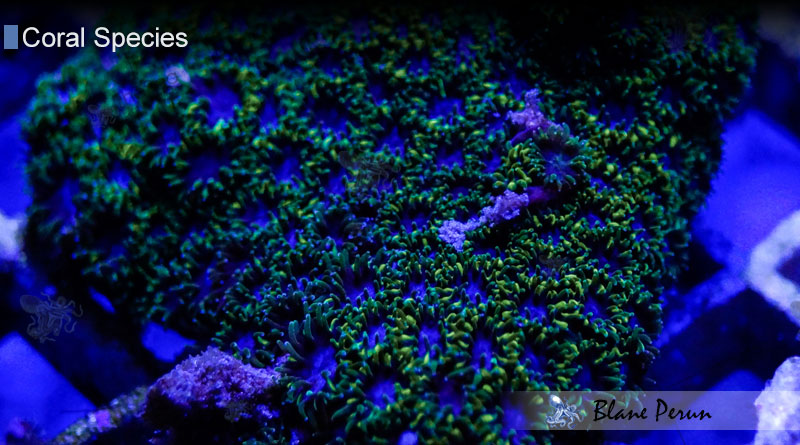 The corals belonging to the Leptastrea genus can be found around Southeast Asia, Australia, Papua New Guinea, Micronesia and Northwest Madagascar, with some species being quite common even around the Eastern coast of Africa. Though the distribution seems to be fairly wide, these corals are very sensitive.

Being extremely susceptible to the effects of climate change, especially to significant variations in water temperature and human activity, they are becoming increasingly rare. Even so, some of the species in the genus remain widespread and abundant – for instance, Leptastrea transversa, also known as the transverse coral.

Leptastrea corals live in relatively small, low-rising colonies, organized into colorful masses. The individual corals are small and colorful, too – the genus includes species that vary in coloring from golden and orange to purple and green. The tentacles they develop are very short – therefore, they are not very aggressive and their growth rate is very slow as well.

The areas that usually provide for all the habitat-related requirements of this genus are found in lagoons or in the outer channel of reefs. Being a sensitive genus, Leptastrea corals thrive best in constant waters that maintain temperature and chemical composition at optimal levels. They prefer shallow waters between 9 and 20 meters deep and filtered light, low to moderate in intensity, for 12 hours a day (in the case of most species). If they get too much light, they become unable to extent their polyps for feeding, an issue that will manifest in the skeleton becoming visible. They prefer shallow waters, and they require soft sand for a bed and low to moderate water flow as well.

These corals, like so many other species, live in a symbiotic relationship with zooxenthallae algae that cater for about 70% of the coral’s feeding needs via photosynthesis. The corals obtain the remaining 30% by feeding on zooplanktons, catching the plankton with their tentacles extended not only during the night, as is the case with other coral species, but during the day as well. Feeding during the day means that the polyp is more exposed to external threats – therefore, it is equipped with stinging cells to protect the coral from predators.

Climate change is one out of the many threats that lead to the decrease of the population. If the temperature of the water rises above the level that these corals can still acclimate to, the algae that live inside them are expelled, which means that the corals no longer have access to their principle source of food. The result is a phenomenon called bleaching – the corals lose their color and die.

Ocean acidification is another threat – if the water becomes too acidic, the corals can no longer form skeletons. Human activity, such as overfishing, dynamite fishing, chemical fishing and tourism can also be listed as major threats to the already dwindling Leptastrea population.