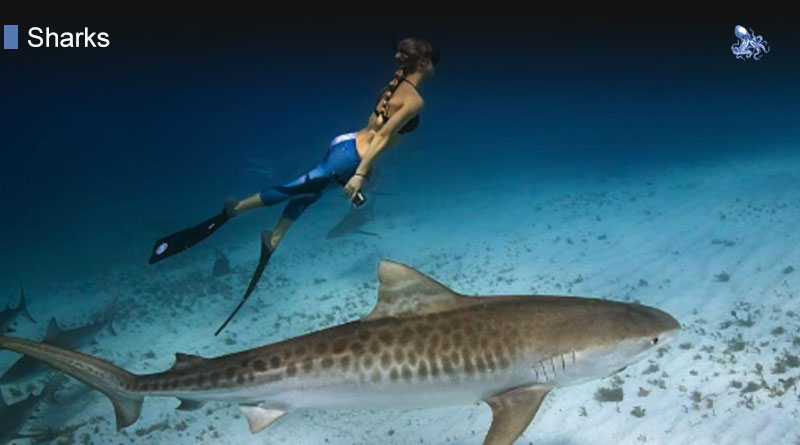 Sharks are known to be long-lived animals. Most species live for about 20-30 years, but there are species that live for a stunning 100 – 150 years. Sharks have behavioral, feeding and migratory patterns that make them extremely difficult to monitor in their natural habitat and they are known to live much shorter in captivity, so the data obtained by monitoring sharks in artificial habitats is largely inconclusive. However, the advance of technology has helped marine biologists find out more about the lifespan of these wonderful and varied creatures – they can now use GPS tracking to learn more about how long sharks live.

Another method for determining the age of a shark is by examining the growth rings on their cartilage. If scientists are right, sharks develop one ring each year during their life, so it is possible to find out accurate information about the age of the shark examined by counting its rings.

All the methods used for assessing life expectancy in sharks are effective in some cases but completely inconclusive in others. Some sharks migrate over very long distances, which makes monitoring increasingly difficult. Also, even though the examination of growth rings brings accurate results, in some species these sections are very difficult to count. In the case of the great white shark, for example, the vertebrae grow very slowly, in very thin layers, and scientists are not completely sure whether the growth rings on their cartilages appear in a one-a-year fashion or it takes more for a ring to appear.

The lifespan of a shark depends largely on the species it belongs to:
The spiny dogfish is one of the longest-lived shark species, with an average lifespan of 100 years or more;
Whale sharks also live for more than 100 years;
Blue sharks live for only about 15-16 years in their natural environment and only half as much in captivity;
Tiger sharks are known to live for about 27 years, though scientists have found individuals that were at least 50 years old.

The information related to the longevity of sharks is important for scientists because lifespan is indicative of the different stages of development, too. The longer a species of sharks is expected to live, the longer the development phases it goes through. Longer life probably means slower growth rate – a shark that can be expected to live for 100 years will probably reach sexual maturity and will start reproducing at a later stage of life. The development stages that sharks go through during their life also vary from one species to the others – the female bullshark, for example, is pregnant for about 11 months, while the gestation of frilled sharks lasts for over three and a half years. Ancestry is also very difficult to assess – according to a recent scientific study, juveniles in the same litter can have different fathers. In some cases, the genetic material of as many as five males has been found in a single litter.